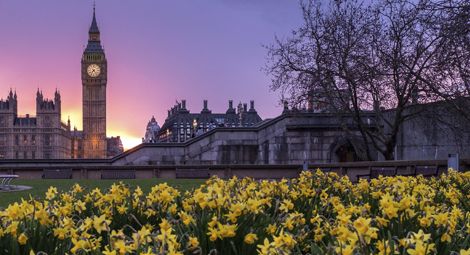 The new amendment, which had passed the House of Lords with a majority of 153, would have enabled a House of Commons select committee to report on allegations of genocide against a UK trading partner before satisfying the government’s requirement for a judicial ruling by referring the matter to a panel of five MPs and Lords who had held high judicial office in the past for a final determination.

This was the third amendment by the House of Lords aimed at addressing the issue of trade deals between the UK and states that may be committing genocide, such as China, which stands accused of committing human rights violations against Uyghur Muslims in the Xinjiang Uyghur Autonomous Region which may amount to genocide.

However, trade minister Greg Hands argued that the measure “blurs the distinction between the legislative and the judicial, and runs contrary to Government policy that it is for competent courts to make determinations of genocide” and instead proposed a measure which allows a select committee to question the government about “credible reports of genocide in a country with which we [the UK] are proposing a bilateral free trade agreement.”

In a statement today, Lord Alton of Liverpool, author of the defeated House of Lords Amendment, said: “The Government has inched its way to finally accepting that its policy has consistently failed victims of genocide. By establishing a degree of parliamentary accountability, it narrowly avoided defeat in the Commons but has left a way open for Parliament to name atrocity crimes for what they are and for our duties under the 1948 Convention on the Crime of Genocide to be fulfilled.”

“But the Government has also continued to resist the fundamental principle that the UK should not trade with a State credibly accused of Genocide and they cling to their policy that only a Court can fully determine whether a genocide is occurring. They do so knowing that no such domestic Court is empowered to do this and that international courts will be blocked from doing so by the perpetrators of genocide. The parliamentary debates on the Trade Bill have exposed this for the sham it is. 300 MPs brought the Government within a whisker of defeat in the Commons and majorities of over 100 in the Lords have demonstrated the strength of feeling and that, as new Genocides occur in places like Xinjiang, this argument is far from over and will not go away.”

On 22 March, Foreign Secretary Dominic Raab announced the first UK sanctions against Chinese Government officials under the UK’s Global Human Rights Sanctions Regime, stating: “The evidence of widespread human rights abuses in Xinjiang cannot be ignored – including mass detention and surveillance, reports of torture and forced sterilisation. Working with our international partners we are imposing targeted sanctions to hold those responsible to account.” Four senior Chinese government officials and the Public Security Bureau of the Xinjiang Production and Construction Corps were listed under the measure, which complemented similar actions by the European Union, Canada and the United States.

CSW’s Founder President Mervyn Thomas said: “While greater parliamentary scrutiny over UK trade deals with states accused of genocide is a positive development, the burning question that the Lords Amendment had attempted to address, and which remains unanswered, is how we respond when there is credible evidence that grave atrocity crimes, including genocide, are underway. Sadly, even as the UK joins several governments around the world in acknowledging the severity of the situation in Xinjiang, it continues to maintain that genocide is a judicial decision despite knowing all paths to the international courts are blocked.  This amounts to the effective maintenance of its previous policy of inaction in the face of an ongoing atrocity. Whilst we welcome the sanctions announced yesterday, we note the EU also moved to introduce sanctions against persons and entities implicated in crimes in Eritrea, North Korea and Myanmar/Burma, and would urge the government to follow their example on this. Human rights must not be sacrificed in favour of trade agreements. When it comes to the Uyghur region, for example, forced labour is not separate from the human rights crisis: it is part and parcel of the government’s apparatus of repression. States that acknowledge this crisis and other situations in which some of the gravest crimes under international law are underway must now move beyond words and procedure towards creative solutions which ensure a process of justice that enables the voices of victims finally to be heard.”