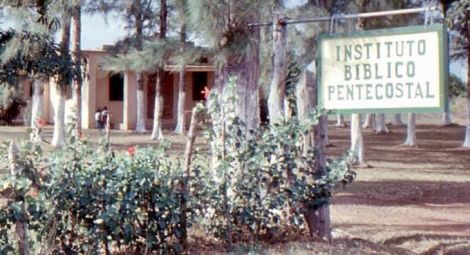 Assemblies of God denomination calls for return of property

The Assemblies of God denomination in Cuba has issued a public call for the return of property confiscated by the government in 1963.

In the statement, posted on the religious group’s Facebook page, they stated that they are engaging with the government in order to receive compensation and the return of the 26.84 hectare property where the Bible Institute of the Evangelical Pentecostal Church of Cuba (Assemblies of God) was located.

The Bible Institute, established in 1939, housed hundreds of students, many of whom were training to be pastors. They were ordered to return permanently to their homes on 15 March 1963, when armed soldiers took over the property. According to church leaders, the property included housing for students and teachers, storage areas, a chapel and agricultural areas where food was grown and cows were kept for milk. The Director of the Institute, Floyd Woodworth, was arrested and sent to Havana. Woodworth was held in solitary confinement for 20 days before being released and deported to the United States.

The denomination developed alternative methods to educate and develop church leaders however, as the institution was not officially recognised, this approach to religious education took place in a legal grey area.

In its statement, the denomination responded to the question of whether or not the return of the property is necessary: “Yes of course! In the first place, because it is our right by law. Second, because face-to-face teaching has insurmountable advantages when compared to other approaches. Our institute was formative in every sense of the word. Naturally, we would not serve only our denomination, but the many others who are interested in training their workers at our school. Our purpose is to serve the entire Body of Christ. We have done this throughout history. In addition, in this place we would be able to consolidate several of our facilities and dependencies. Logistically, it would greatly benefit to the work.”

CSW’s Head of Advocacy Anna-Lee Stangl said: “We support the call by the Assemblies of God of Cuba for the return of their property housing the historic Bible Institute. The arbitrary confiscation of this property, and many others like it belonging to other religious organisations in Cuba, was unjust. While the Assemblies of God has found creative ways to continue to educate and develop leaders within its denomination over the past 58 years, the return of the property, to be used for its original intended purpose, would be a significant step towards improving the Cuban government’s record on upholding freedom of religion or belief for all.”