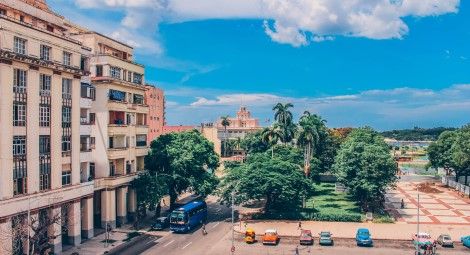 34 individuals and organisations have signed onto a letter to the Cuban Ambassador to the United States, Lianys Torres Rivera, raising concerns about violations of the right to freedom of religion or belief (FoRB) and freedom of expression in Cuba. The violations are largely taking place under provisions in the country’s Legal Decrees 349 and 370.

The letter, signed by activists, artists, academics, and non-governmental organisations, emphasises the intersection of FoRB and freedom of expression on the island and details several cases in which writers, artists and musicians in Cuba have been targeted under Legal Decrees 349 and 370.

Highlighted in the letter are the cases of Yoel Suárez, an independent journalist, Luis Manuel Otero Alcantará, a leader of the San Isidro Movement, and hip hop artist Maykel Osorbo, who was involved in the production of  Patria y Vida (Homeland and Life), a collaborative song calling for change in Cuba. These cases involve different religious groups including Protestant Christians, Roman Catholics and the Abakuá, a centuries old Afro-Cuban secret society with roots in West Africa. Copies of the letter have been sent to several key UN mandate holders including those responsible for FoRB, freedom of expression, cultural rights and human rights defenders.

Signatories to the letter write: “We are calling for the repeal of Legal Decrees 349 and 370 and for the cessation of all harassment, including arbitrary summons and detention, threats, and acts of violence against the three men mentioned above and all other Cuban citizens who are attempting to peacefully exercise their freedom of religion or belief, freedom of expression or freedom of assembly.”

CSW’s Head of Advocacy Anna-Lee Stangl said: “Legal Decrees 349 and 370 are wholly incompatible with Cuba’s international obligations to uphold the fundamental right to freedom of religion or belief and freedom of expression and we are deeply disturbed at the continuing crackdown on individual Cubans seeking to exercise the rights peacefully. We join these diverse members of civil society in calling for immediate repeal of these laws, and urge the Cuban authorities to ensure full respect for freedom of expression, freedom of religion or belief and all other fundamental rights for all citizens without discrimination.”

2.       The San Isidro Movement was formed in 2018 by a group of Cuban artists, journalists and academics who came together to protest official censorship of artistic expression through peaceful and creative means in Cuba. The group includes many participants who identify with a particular religion or belief.