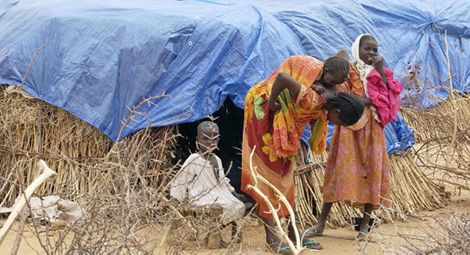 14 killed in attacks in Abyei

At least 14 people have been killed in recent violence in the disputed oil-rich region of Abyei in Sudan.

According to Sudanese outlet Radio Dabanga, 12 people were killed in an attack by Misseriya tribesmen on Dungoup village on 16 May, while two others were killed by the same group two days earlier, on 14 May.

The region’s Deputy Chief Minister Kon Manyiet reported that the attack on 16 May took place at around 5.00am, and that seven people were also injured during the violence. On 17 May, the United Nations Interim Security Force for Abyei (UNISFA) issued a statement condemning the attacks, with the Acting Head of Mission and Force Commander Maj. Gen. Kefyalew Amde Tessema calling on all stakeholders in the region to embrace UNISFA’s peace initiatives and defuse tension.

UNISFA also reported that the two individuals killed on 14 May were Manuon Akot Manuon, 75, and Wud Bol Malek, 65. The attack reportedly took place at around 11.00am.

CSW’s Founder President Mervyn Thomas said: “CSW extends our deepest condolences to the families and communities of those who were killed in these senseless attacks. We urge all stakeholders in Abyei, including the governments of Sudan and South Sudan, to increase efforts to de-escalate tensions between the various communities in the area, and to ensure the full implementation of the Abyei protocol of the Comprehensive Peace Agreement.”

The oil-rich Abyei region lies on the border of Sudan and South Sudan. Despite arrangements for its future contained in the Comprehensive Peace Agreement (CPA) signed in 2005 between the al Bashir government and the Sudan People’s Liberation Movement (SPLM), administrative arrangements for the region are yet to be settled.

The CPA stipulated that the people of Abyei should participate in a referendum to decide whether to join South Sudan or remain part of Sudan. Ten years after the referendum was due to take place, UNISAF remains the main military presence in the restive region.