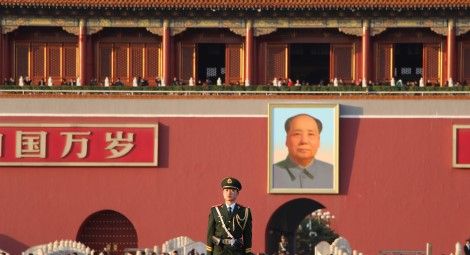 Tiananmen Massacre vigils held globally but not in Hong Kong

As the world marks the anniversary of the Tiananmen Square massacre on 4 June 1989, there will reportedly be no in-person vigil in Hong Kong for the first time since 1990.

In June 1989, Chinese army troops brutally supressed peaceful protests for freedom and democracy, killing and wounding thousands of people in Tiananmen Square in Beijing. Every year since 1990 there has been a candlelight vigil in Hong Kong to remember the tragedy.

The authorities banned the vigil in 2020, citing COVID-19 concerns; in spite of this, thousands of people gathered at Victoria Park, the usual meeting place for the anniversary. Authorities later arrested and charged leading opposition figures, including activist Joshua Wong Chi-fung, for taking part in an “unauthorized assembly”.

This year, Hong Kong authorities have warned that anyone attending the vigil could face up to five years in prison. Hong Kong activists have sought other ways to mark the anniversary, such as a new exhibition at the June 4 Museum created by leaders of the Hong Kong Alliance in Support of Patriotic Democratic Movements. However, the organisers have since closed the museum after authorities launched an investigation following a licensing complaint.

The anniversary is being marked with online and offline events and vigils around the world, including virtual events in Taiwan and an in-person protest in London outside the Chinese embassy. The Tiananmen Mothers, a group of survivors and family members of the massacre, have issued their annual statement calling for “truth, compensation, and accountability”, and requesting a peaceful dialogue with the government.

CSW’s Founder President Mervyn Thomas said: “Once again, CSW stands in solidarity with everyone in China and beyond its borders seeking justice for the bloody crackdown of 4 June 1989. We join organisations and individuals across the globe in remembering and lamenting the brutal and tragic events of that time, and extend special thanks to Human Rights in China for providing a list of activities to mark the anniversary. We also remember and stand alongside the surviving family members of the victims who are still seeking justice and truth, even after decades of brutal oppression by the authorities.”

“Three decades on from the massacre, the dire human rights situation, especially in the Xinjiang Uyghur Autonomous Region and Hong Kong, has rightly received attention from the international community, including by democratic governments and the United Nations. Now attention must be transformed into action. Human rights defenders, Christians, Tibetans, intellectuals, journalists and countless others continue to be jailed simply for expressing views opposing the Chinese Communist Party’s policies, while freedom of expression is stifled, and civil society remains shackled. We call on the international community to call the CCP to account for its human rights violations and stand with all those arbitrarily detained or harassed for exercising their basic human rights.”