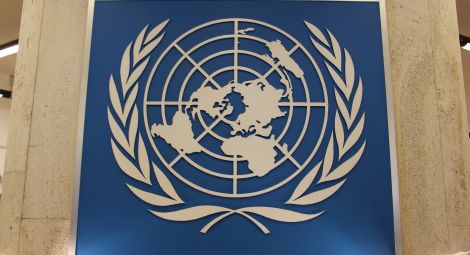 Submission to the 47th session of the UN Human Rights Council

CSW (Christian Solidarity Worldwide) is a human rights organisation specialising in the right to freedom of religion or belief (FoRB).  This submission seeks to draw the Council’s attention to the obstacles and personal risks faced by human rights defenders and lawyers representing FoRB and other human rights cases in Viet Nam.

In previous reports, CSW has drawn attention to the use of harassment, intimidation and violence against unregistered and/or ethnic minority religious communities in Viet Nam. Despite some improvements for certain registered religious groups mainly in urban areas, religion or belief communities in rural locations and in particular unregistered and/or ethnic minorities continue to suffer harassment, disruption of services, arbitrary detention, and other FoRB violations. CSW has received reports of violations against Buddhists, Catholics, Protestants, Cao Daists, and Hoa Hao Buddhists.

Conditions for the right to freedom of expression, freedom of association, and the peaceful defence of human rights have also severely deteriorated. According to the organisation Defend the Defenders, Viet Nam has at least 261 prisoners of conscience.[1]

Lawyers who represent religious communities, activists and other individuals accused of anti-state crimes are subject to harassment, intimidation, and threat of disbarment. In some cases they are also arbitrarily detained in retaliation for their work. This not only violates the rights of the lawyers but also seriously undermines efforts to promote human rights in the country.

Harassment and detention of human rights defenders in Viet Nam

Activists, journalists and other individuals seeking to stand up for victims of FoRB violations and peacefully advocate for human rights and/or democracy in Viet Nam risk retaliation by the authorities including harassment, intimidation and the possibility of arbitrary detention.

In February 2017 Nguyen Trung Ton, a Protestant pastor and human rights defender, was kidnapped by state agents, stripped naked, tied, beaten and abandoned in a remote mountainous location in the middle of the night, leaving him with serious injuries. Pastor Ton was tried on 5 April 2018 and sentenced to 12 years in prison.

In addition, Catholic leaders and activists have been beaten, denounced by officials, and imprisoned for organising peaceful protests following the Formosa company steel plant disaster in April 2016, which left many families with no means of livelihood. In April 2018, Catholic activist Tran Thi Xuan was sentenced to nine years in prison and five years house arrest for “attempting to overthrow the people’s government”.

Activists and human rights organisations also reported a significant crackdown on freedom of expression ahead of the 13th National Congress of the Communist Party of Viet Nam. On 5 January 2021, authorities sentenced three members of the Independent Journalists Association of Viet Nam (IJAVN) - Pham Chi Dung, Nguyen Tuong Thuy and Le Huu Minh Tuan - to between 11 and 15 years in prison. They were convicted of “making, storing, spreading information, materials, items for the purpose of opposing the state.”

On 14 January 2021, four UN independent experts issued a statement[2] calling the sentences “part of a rising trend in prosecutions, arbitrary detention, reprisals, ill treatment and unfair trials targeting independent journalists, bloggers, pro-democracy activists and human rights defenders in Viet Nam” and “a clear attempt to create a chilling effect among those willing to criticise the government.”

Some of the longest prison sentences have been handed to land and labour rights activists, journalists and religious leaders. However, there has also been an alarming increase in the number of detainees and prisoners with no history of activism, as noted by The 88 Project’s 2019 Report on Political Prisoners and Activists at Risk in Vietnam[3], many of whom are charged with ‘conducting propaganda against the state’, under Article 117 of the 2015 Criminal Code and denied access to adequate legal representation in contravention to Article 14 of the International Covenant on Civil and Political Rights (ICCPR). [4]

Lawyers who take on human rights cases, including cases involving human rights activists, face numerous obstacles to their work as well as attacks on their personal rights and freedoms by the authorities.

CSW has previously raised the case of Nguyen Bac Truyen, a legal expert who has provided pro bono legal assistance to families of political prisoners, victims of land grabs, and targeted religious communities. Truyen is also a Hoa Hao Buddhist. In retaliation for his peaceful support for some of the most vulnerable communities in Viet Nam, the authorities have subjected Truyen to years of harassment, intimidation and threats, culminating in his enforced disappearance on 30 July 2017. He was later tried on 5 April 2018 and sentenced to 11 years in prison.

On the same day a 15-year sentence was given to human rights lawyer and activist Nguyen Van Dai, who provided legal advice and representation to victims of human rights abuses, including religious minorities, across Viet Nam. As a result of his work, Dai was repeatedly harassed and attacked by individuals working for the authorities. Dai was released into exile in Germany on 7 June 2018 but noted that during 26 months of detention, he only saw his lawyer once for one hour while under constant watch of police.

Another notable case is that of Vo An Don, who was disbarred in 2017 for criticising the Vietnamese Communist Party, according to an article by the independent non-profit online magazine, The Vietnamese, and for “abuse of democratic freedoms to write and to give interviews to foreign press and broadcasters ….with the intent to incite, propagandize, and misrepresent the truth which had negatively affected the reputation of the Party, the State, the prosecutorial bodies, and other Vietnamese lawyers.”[5] Don had worked on high-profile cases including that of blogger “Mother Mushroom”, Nguyen Ngoc Nhu Quynh, who was sentenced to 10 years in jail in 2017, and Ngo Thanh Kieu, who died in police custody in 2014. Don had also made allegations of corruption among lawyers.

These reports are consistent with CSW’s research on this issue, which finds that lawyers working on human rights cases are frequently subject to: physical intimidation; suspicious theft of electronic devices; and psychological intimidation by the authorities, including threat of disbarment.

Concerns raised by the international community

UN member states and UN bodies have repeatedly raised concerns about access to legal counsel and violations against human rights defenders and their lawyers.

In its concluding observations on the third periodic report of Viet Nam in 2019, the Human Rights Committee expressed concern about the “excessive use of pretrial detention in the absence of legal guarantees, such as appearance before a judge, access to a lawyer from the time of arrest and the right to inform family members”.[6] The Committee also raised concerns that “under domestic legislation… persons arrested or detained in cases related to national security crimes can be denied access to a lawyer during the whole investigation period”.

The Committee recommended that detainees have “unhindered, prompt and adequate access to the lawyer of their choice or free legal aid from the outset of the detention, that all communication between counsel and the accused remains confidential and that the presumption of innocence is strictly observed”, and that “lawyers are able to advise and represent persons charged with criminal offences in accordance with generally recognised professional ethics, without restrictions, influence, pressure or undue interference from any quarter”.[7]

To the government of Viet Nam

[5] The Vietnamese, “Lawyer disbarred for speaking ill of regime and the Communist Party” 14 April 2019 https://www.thevietnamese.org/2019/04/vietnam-lawyer-disbarred-for-speaking-ill-of-regime-and-the-communist-party/