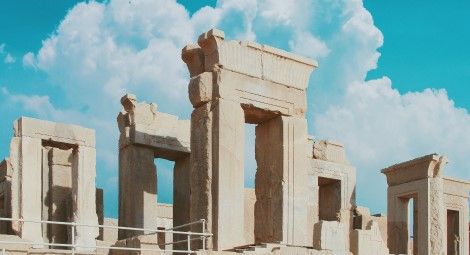 Three Christians from the Church of Iran denomination stood trial in Karaj, northern Iran, on 21 June 2021, charged with “sectarian activities” under a new amendment to the Iranian penal code. Amin Khaki, Milad Goudarzi and Alireza Nourmohammadi are all from Muslim backgrounds.

The trial of the three men took place at 9am local time at the 4th Chamber of the Revolutionary Court of Karaj and lasted for less than hour. The presiding judge, Mehdi Zeinali, prevented the defendants’ lawyer from attending the trial, claiming that he had not been registered as their lawyer.  However, CSW’s sources confirm the lawyer had fulfilled all necessary requirements ten days before the trial began. During the hearing the judge informed the three defendants that they had no choice but to represent themselves in court.

The three men were initially summoned and interrogated by the 4th branch of the Public and Revolutionary Prosecutor's Office of Ferdis city in May 2021, where they were accused of “engaging in propaganda against the Islamic regime”. They were subsequently released on bail and instructed to report to the police every week.  The men were also advised to leave the country, and were warned not to pursue any mediation in their case. Seventeen other church members were also interrogated.

The three men are reportedly being charged under a new amendment to the Iranian Penal Code known as Article 500-bis”, which deals with “sectarian activities.” The amendment was passed by the Iranian Parliament (Majlis) and signed by outgoing president Hassan Rouhani in February 2021.  It states that “any deviant education or propaganda that contradicts or interferes with the sacred Islamic shari’a, will be severely punished.”

Until now, the Iranian authorities have primarily charged converts to Christianity with “action against state security”, a concept inherited from the French law.  Iranian judges have systematically misused this notion in recent years to crack down on them.

CSW’s sources report that the new amendment targets groups labelled by the authorities as “wrong cults” (فرقه ضاله in Farsi). This term is often used by the regime to undermine and persecute groups and movements that have deviated or separated from Twelver Shiism, the official school of thought and judiciary in Iran. It would appear that the Iranian authorities have extended the use of this term to include evangelical and reform movements, as well as conversion from Islam to Christianity.

The amendment allows the authorities to impose a range of punishments, including prison sentences of between two and five years; deprivation of civil rights, such as voting, for up to 15 years, and heavy monetary fines.

CSW’s Founder President Mervyn Thomas said: “The new amendment severely impairs Iran’s ability to fulfil its obligations under the International Covenant on Civil and Political Rights to promote, protect and uphold the freedoms of religion or belief, and of expression. These rights are already under pressure, and this amendment is likely to make the situation even more difficult for religious minorities in the country.  We call upon the Iranian authorities to repeal this and similar laws which hinder the full realisation of fundamental human rights for the Iranian people, and to end the relentless campaign of harassment of Christians and other religious minorities through the judicial system.”