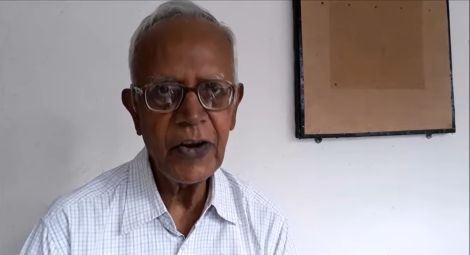 Indian Jesuit priest and tribal rights activist Father Stan Swamy passed away on 5 July, days after he suffered a cardiac arrest and was put on ventilator.

The 84-year-old human rights defender was arrested by the National Investigation Agency (NIA) on 8 October 2020 under the Unlawful Activities (Prevention) Act, an anti-terror law, for his alleged involvement in the 2018 Bhima Koregaon violence, in which violent clashes erupted between Dalit and Maratha groups, resulting in the death of at least one person and injuries to several others.

Father Swamy, the oldest person currently accused of terrorism in the country, was among 15 others who were arrested under the anti-terror law. He suffered from multiple health problems including Parkinson's disease and loss of hearing. He had also tested positive for coronavirus in June 2021. He had written several letters citing the inhumane treatment he was receiving in Taloja prison, where he was jailed, including being denied a sipper to drink water. His bail appeals on medical grounds were repeatedly denied.

On 5 July, the priest’s lawyer confirmed the news of his death just ahead of his bail hearing in the Bombay High Court.  ​

Supporters from across the country have expressed their grief, shock and anger as many believe the allegations against him were unfounded. Father Swamy spent several decades trying to resolve the caste and land struggles of members of tribal communities in Jharkhand state.

Father Cedric Prakash, a Jesuit priest and human rights activist in India, told CSW: "The demise of Father Stan has left a deep void in the hearts of billions of people across India and the world. Very specially, the poor, the marginalised, the Adivasis and Dalits and in the lives of human rights defenders from across the board. Father Stan championed the cause of the Adivasis, whose legitimate rights are guaranteed by the Constitution of India, and he accompanied them all his life for greater dignity, equality and their rightful place in society. He did all he could to ensure that the natural resources (water, forest and land) which are rightly theirs, which are being exploited by the powerful, the rich and the mining mafias, were not illegally snatched away from them. Because of this, he paid the price. I personally believe that Father Stan will never die. He has finished his pilgrimage here on earth, but he will continue to live in the hearts of thousands of people and we will see many more Father Stans springing up for the sake of India."

CSW’s Chief Executive Scot Bower said: "We are deeply saddened to hear of the loss of human rights defender Father Stan Swamy, a man who dedicated his entire life to the cause of the marginalised in India and extend our sincere condolences to his loved ones. His arrest by the NIA, without proper evidence, his bail pleas that were repeatedly denied despite his deteriorating health, and the inhumane treatment he received while in prison are all reminders of the shocking violations of basic human rights that remain a regular occurrence in India. We hope and pray that his death would not be in vain and that his life would inspire many more people to fearlessly stand up for justice."