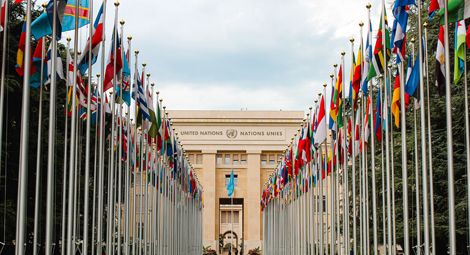 HRC47: Oral statement during the UPR Outcome on Nepal

We regret that Nepal has chosen to note a recommendation by the Netherlands (159.86) to amend Article 26 of the Constitution to include the right to choose or change one’s religion or belief in accordance with Article 18 of the ICCPR.

In its current form, Article 26 endangers both the right to freedom of expression and freedom of religion or belief.

We regret that Nepal has noted recommendations made by Norway (159.87) and Denmark (159.76), which respectively called for the removal of restrictions on the right to freedom of religion or belief contained within the Criminal Code, and for the repeal or amendment of sections 155, 156 and 158 of the Penal Code.

We urge Nepal to reconsider accepting and implementing these recommendations as a matter of urgency, and to also implement accepted recommendation from Haiti (159.80) which calls on the state to protect the rights of religious minorities and guarantee freedom of religion or belief in law and in practice.

As alluded to in the World Evangelical Alliance’s (WEA's) statement just now, current provisions severely restrict the right to freedom of religion or belief and have sparked a marked increase in targeted attacks against Christians since the Penal Code’s promulgation by both state and non-state actors.

Notable is the case of Pastor Keshav Raj Acharya of Abundant Harvest Church, who was held from March to June 2020 on unfounded charges of “outraging religious feelings” and “attempting to convert”, despite having paid exorbitant bail amounts.

While the pastor has since been released on bail, he is awaiting a final hearing of his case, and the charges against him remain in effect.

We call on Nepal to drop all charges against Pastor Keshav Raj Acharya, and all those detained in connection with the peaceful exercise of their religion or belief immediately and without condition.

Finally, we urge UN Member States to continue monitoring the progress of Nepal in implementing recommendations to the advancement of human rights. The work does not end here and follow-ups throughout the cycle are crucial to ensuring the process retains any gravitas.