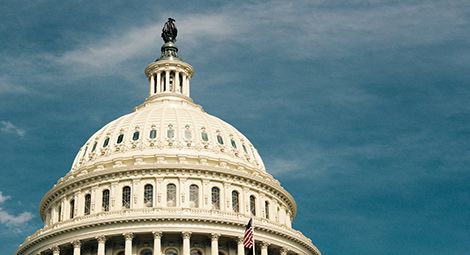 CSW welcomes nomination of US ambassador for International Religious Freedom

Mr Hussain is the first Muslim to be nominated for the role, and has a proven track record of standing up for the right to freedom of religion or belief, particularly in combatting anti-semitism and hostility towards Christians and other religious minorities in Muslim-majority countries.

His previous roles include White House Counsel under President Barack Obama, US Special Envoy to the Organization of Islamic Cooperation and US Special Envoy for the Center for Strategic Counterterrorism Communications. His appointment as US Ambassador-at-Large for International Religious Freedom still needs to be confirmed by the US Senate. Previous post-holders include US Senator Sam Brownback and Rabbi David Saperstein.

President Biden has also nominated prominent Holocaust historian Deborah Lipstadt as the next US Special Envoy to Monitor and Combat Antisemitism, and two new commissioners to the United States Commission on International Religious Freedom (USCIRF). The nominees are Rabbi Sharon Kleinbaum, who served as a USCIRF commissioner in 2020, and Khizr Khan, a lawyer and Gold Star parent who spoke movingly at the Democratic National Convention in 2016 about his son’s death.

CSW-USA’s Chief Executive Kori Porter said: “CSW congratulates Rashad Hussain on his nomination as the next US ambassador-at-large for International Religious Freedom. The announcement is an encouraging indicator of the importance the Biden administration places on the fundamental right to freedom of religion or belief. We hope that Mr Hussain will build on the excellent work of his predecessors, and look forward to working closely with him in pursuit of the promotion and protection of freedom of religion or belief around the world.”

CSW‘s Chief Executive Scot Bower said: “CSW welcomes the nomination of Rashad Hussain and urges the US Senate to confirm his appointment. Once in post we encourage Mr Hussain to pay close attention to the situation of freedom of religion or belief in China and Nigeria in particular, ensuring that egregious violations of this fundamental human right by the Chinese Communist Party, and by state and armed non-state actors in Nigeria, are kept high on the Biden administration’s agenda.”