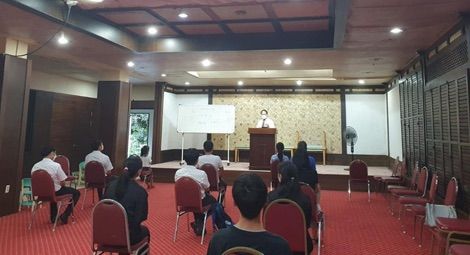 Shenzhen Holy Reformed Church: 'There is no way back for us'

In 2019, Pastor Pan Yongguang and dozens of members of his church, Shenzhen Holy Reformed Church (SHRC), fled from China to Jeju Island in the Republic of Korea following years of harassment by the Chinese authorities. Facing increasing pressure from the authorities on their church and its associated school, as well as the rapidly escalating crackdown on churches across the country, SHRC members felt they had no option but to uproot their lives and seek safety and freedom overseas. Church members who remained in China or were sent back by Korean immigration officials have been placed under surveillance and interrogated by police, while at least one person who was denied entry to Jeju has been placed under ‘Residential Surveillance’ and is not permitted to leave her home.

All the church members who have sought asylum in the Republic of Korea have had their applications rejected, and there is evidence that the Chinese authorities are closely monitoring the church on Jeju Island. The Chinese Ministry of State Security has also interrogated the members of the church who remained in China about the individuals in Jeju.

This briefing concludes that Pastor Pan, his family and the other church members in Jeju must be protected from forcible repatriation to China, where they face grave threats to their personal safety and freedom, and offered asylum in a country where their right to freedom of religion or belief is protected in line with international standards set out in the Universal Declaration of Human Rights and the International Covenant on Civil and Political Rights (Article 18).