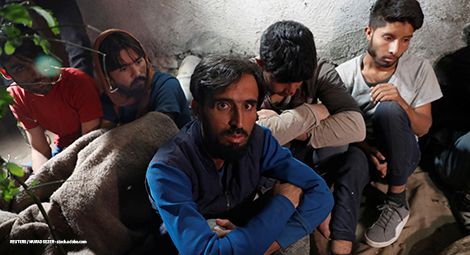 On 15 August, the Afghan government collapsed as the Taliban took control of the countrys capital, Kabul. In an official press conference on 17 August, Taliban spokesperson Zabihullah Mujahid said that the ‘Islamic Emirate’ would not seek revenge on anyone, while pledging that women’s rights and press freedom, as recognised within its cultural framework, would be respected.

However, concerns are growing that the assurances made by the spokesperson during this press conference may not be entirely genuine, particularly after a report prepared for the United Nations (UN) by RHIPTO Norwegian Center for Global Analyses revealed the group was “intensifying the hunt-down of all individuals and collaborators with the former regime.”

Disturbing and credible allegations of house-to-house searches, summary executions, forced marriages, enforced disappearances and the killings of members of ethnic minority communities have cast further doubts over these assurances. Some of the reported violations may amount to war crimes or crimes against humanity. During his address to the Security Council on 16 August the Permanent Representative of Afghanistan to the UN warned that residents in Kabul were living in “absolute fear,” echoing concerns expressed by the UN Secretary-General regarding violations against women and girls, who feared the return of the country to “the darkest days”.

Additional concerns centre on the possibility of a renewed threat to regional and international peace and security, given the Taliban’s previous history of providing a haven for terrorism and radicalisation.

We endorse the call of the UN High Commissioner for Human Rights for  states “to create safe pathways for Afghan refugees and migrants, broaden asylum and resettlement programs and immediately halt the deportation of Afghans who seek protection,” and we appeal for international support for all Afghans who require humanitarian assistance.

As the crisis continues to unfold, we urge the international community to formulate effective measures to hold the Taliban to its expressed commitments to inclusivity and non-retaliation, and to ensure it respects the dignity, rights and freedoms of all Afghan citizens, regardless of ethnicity, religion or belief, gender or occupation. These measures should include the establishment of a UN mechanism to closely monitor the human rights situation, with a focus on both prevention and accountability.

Finally, we urge the international community to continue supporting local efforts to advance human rights for all and strengthen the rule of law, including by ensuring that: