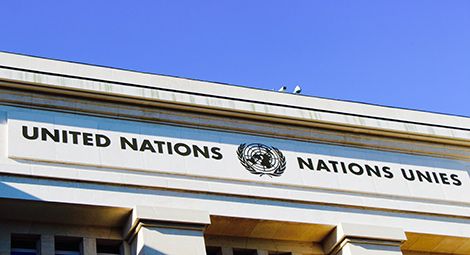 Item 3: ID on the analytical report of the High Commissioner on the current state of play of the mainstreaming of the human rights of women and girls in conflict and post-conflict situations

CSW thanks the High Commissioner for her timely report on the mainstreaming of the human rights of women and girls in conflict and post-conflict situations in the work of the Human Rights Council.

Like the High Commissioner, we welcome the efforts made by the Council and its mechanisms to integrate an intersectional approach to the promotion and protection of the rights of women and girls in conflict and post-conflict situations.

However, we feel that this could be taken further, with specific reference to the rights of women and girls from religious and ethnic minorities.

For example, the Council has given insufficient attention to the rights of Christian women and girls from ethnic minority tribes in northeast Nigeria, who have been specifically targeted for abduction and subjected to sexual and gender-based violence by terrorist factions.

August saw the return of two girls abducted from their school in Chibok, Borno state in 2014 in separate incidents.  They have each had two children and were accompanied by a Boko Haram fighter.  Alarmingly, local and international media resorted to describing their terrorist abductors as “husbands,” and persistent sexual assault as “marriage.”

This use of language minimizes experiences that mirror the appalling violations endured by Yazidi women and girls at the hands of Islamic State terrorists. In reality their rights to education, parental care, freedom of religion or belief, and liberty and security of person, among others, have been violated comprehensively.

Securing the release of abductees such as Leah Sharibu, abducted by terrorists from her school in 2018, and the remaining Chibok girls should be of the utmost priority.  While the responsibility to protect lies primarily with the Nigerian government, Member States must both assist and encourage Nigeria wherever and whenever possible to address every source of insecurity in a decisive manner.

We also call on Nigeria to ensure that vulnerable communities are protected, regardless of the religion or ethnicity of inhabitants, and that women and girls freed from terrorist captivity receive the support they need to reintegrate into their communities.