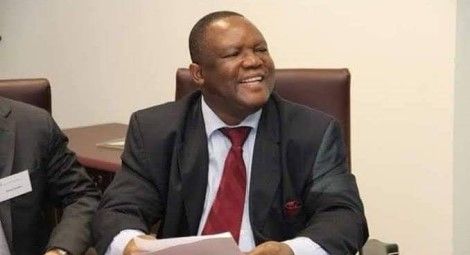 CSW is saddened to learn of the death of Dr Obadiah Mailafia, the former Deputy Governor of the Central Bank of Nigeria, in a hospital in the Nigerian capital, Abuja, on 19 September. Dr Mailafia died after reportedly being treated “shabbily” in successive hospitals, with doctors in the final hospital refusing to perform chest compressions that might have assisted him.

Dr Mailafia was among the first prominent Nigerians to raise the alarm about the current violence in southern Kaduna, the infiltration of extremists of Fulani ethnicity across the country, including in southern Nigeria, and their links with terrorist factions.

During a 55-minute interview on Lagos-based media house Nigeria Info’s programme Morning Crossfire on 11 August 2020, he spoke, amongst other things, of the evolution of the ongoing violence in southern Kaduna. He asserted that the Nigerian authorities were both unable and unwilling to protect the people there, and concurred with a May 2018 statement from retired General TY Danjuma which claimed that elements in the security forces were colluding with the perpetrators of attacks on farming communities.

Dr Mailafia went on to denounce individuals promoting the narrative that these attacks were attributable to “farmer-herder violence” as “accessories to genocide,” stating he had been informed by repentant extremists that a current northern governor is the “commander of Boko Haram in Nigeria.” He also asserted that Boko Haram and the armed bandits were “one and the same thing; they have a sophisticated network,” and intend to ignite a civil war in Nigeria in 2022.

Following the interview, Dr Mailafia was interrogated three times by the Department of State Services (DSS) in the Plateau State capital, Jos, in a campaign described by Nobel Laureate Wole Soyinka as “ongoing ‘national security’ persecution.”  On 11 September 2020, he released a message requesting prayer: “I have reasons to believe that my life is in danger and that some powerful political forces want to silence me forever for speaking the truth. For speaking on behalf of the Holy Martyrs - of thousands of innocent children, women, elderly, and youths that have been killed in our beloved country.”  He subsequently went into hiding but continued to speak out in webinars and conferences.

According to the Middle Belt Forum, Dr Mailafia had been unwell since arriving in Abuja from Akure on 12 September. Five days later his wife took him to the CBN Hospital, where a senior medic was obliged to intervene before he was given oxygen and admitted. He was later given the choice of three hospitals. His wife opted for EHA Clinics; however, once again a high-level directive had to be issued for him to be admitted.

A few hours later hospital staff informed Mrs Mailafia that her husband would have to be transferred to the University of Abuja Teaching Hospital Gwagwalada, as the facility was not sufficiently equipped to handle his case. She initially refused, but consented following assurances from the consultant that all would be well. However, upon arriving at Gwagwalada on 18 September, the Mailafias discovered that the doctor who was meant to have been available to attend to him was not there, and those who were on duty were hostile. Mrs Mailafia was asked to pay a deposit of N600,000 (approximately GBP £1,067), even though the case was a referral, and the doctors “flatly refused” to place Dr Mailafia on a ventilator when he complained of breathing difficulties and requested one. The Middle Belt Forum also reported that doctors refused to perform chest compressions to resuscitate Dr Mailafia, writing: “Even when the wife could feel the pulse of her husband, the doctor flatly declared that there was nothing they could do since they had already pronounced him dead.”

In statements issued on 19 September, the Southern Kaduna Peoples Union (SOKAPU) demanded “a thorough Independent forensic analysis,” while the Human Rights Writers Association of Nigeria (HURIWA) called for an investigation into Dr Mailafia’s death, as there were “very unassailable reasons to believe that the alarm he raised which was never investigated” may have been behind his “sudden demise.”

CSW’s Founder President Mervyn Thomas said: “CSW is deeply saddened by the death of Dr Mailafia, and our prayers are with his family, friends and the people of southern Kaduna as they mourn the passing of a courageous patriot.  He could so easily have prioritised his own comfort and safety, but chose instead to continue speaking truth to power on behalf of those whose voices have been stifled, and regardless of the personal cost.  His heroism, integrity and love for his country and people will never be forgotten.  We are appalled, however, by reports of the shockingly negligent treatment Dr Mailafia received during his final hours and echo the calls for an independent autopsy and an urgent in-depth investigation into the circumstances surrounding his death. Any medical staff found to have been in dereliction should not only be relieved of all duties, but also face legal consequences.”

Also on 19 September, one worshipper was killed and three were abducted from the Evangelical Church Winning All (ECWA) Ayedayo-Kabba in the Kabba Bunu Local Government Area (LGA) of Kogi State by five AK 47-wielding assailants, who attacked the morning service at around 8am. The sole casualty, who was killed while on his way to the church, was later identified as Mr Reuben Gbenga.

Mr Thomas continued: “We extend our condolences to the family, friends and church of Mr Gbenga. We also urge the Kogi state authorities to ensure the swift and safe return of the abductees, and to adequately protect houses of worship.  Abductions by armed non-state actors continue unabated across the country. The Nigerian authorities must urgently focus the nation’s security resources on gathering intelligence on, and neutralising, the perpetrators of violence which poses an existential threat to the nation, instead of harassing and seeking to criminalise loyal citizens who express legitimate concerns about the perilous direction in which Nigeria is currently headed.”