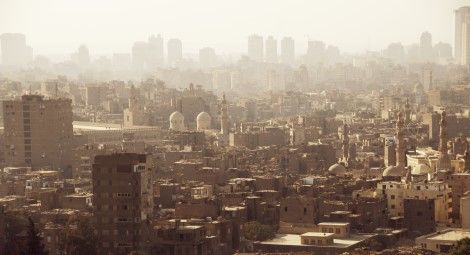 Egyptian Christian student Patrick George Zaki appeared before a State Security Misdemeanour court on 14 September on charges of “spreading fake news inside and outside Egypt.” At the trial, the presiding judge postponed his hearing to 28 September.

Mr Zaki was arrested at Cairo Airport in February 2020 and interrogated by Egyptian State Security on 13 July and 9 September 2021.

At the time of his arrest, Mr Zaki was studying at an Italian university and worked as a researcher at the Egyptian Initiative for Personal Rights (EIPR), one of the few human rights organisations still operating in Egypt.

His arrest came after he published an article in July 2019 entitled “Displacement, killing and oppression: the outcomes of a week of the daily life of Egyptian Copts” in which he described his life as an Egyptian Christian. According to the EIPR, Mr Zaki will be tried by a State Security court, an exceptional court whose verdicts cannot be appealed.

Mr Zaki was held in pre-trial detention for 19 months.  However, Article 143 of Egypt’s Code of Criminal Procedures stipulates a pre-trial period of six months for misdemeanour crimes, 18 months for criminal offences and two years in case of crimes receiving the life sentence or the death penalty.

CSW’s Founder President Mervyn Thomas said: “CSW is concerned at the delays to Patrick George Zaki’s trial and the unfounded charges against him. We call for his immediate and unconditional release, and urge the Egyptian authorities to allow all those working to defend and uphold human rights in the country to do so without harassment or intimidation.”