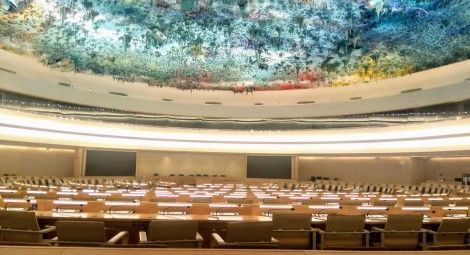 CSW wishes to bring to the Council’s attention the relentless nationwide deterioration in security in Nigeria. We are perturbed by governmental nonchalance and international indifference in the face of unabated deadly attacks by resurgent terrorists and diverse armed gangs primarily of Fulani origin.

Predominantly Christian ethnic minorities in central Nigeria have endured lethal violence and abductions since 2010 which have now spread southwards. In southern Kaduna state these attacks have displaced at least 143 communities and over 160,000 persons, while IDPs in Benue state number 1.6 million.

Boko Haram/ISWAP has extended its operations through alliances with armed gangs in the northwest, who largely terrorise Hausa Muslim communities.  It recently raised its flag in a part of Niger state two hours away from the capital, Abuja, and sent fighters to a southern Kaduna forest.

We urge Nigeria to address every source of violence decisively and impartially, protect vulnerable communities regardless of creed or ethnicity, and respect civic space,. We call on Member States to support local and regional stability, and assist all IDPs and with the rebuilding institutional resilience.

In Pakistan, CSW remains gravely concerned by ongoing reports of state-sanctioned violations against the Ahmadiyya community. Recent Infringements on their rights include restrictions on, and violent threats against the performance of religious practices during Eid ul Adhu.

We urge Pakistan to ensure the rights of all religious and belief communities are respected in law and practice, and to prosecute without delay all those responsible for violent attacks against religious minority communities.