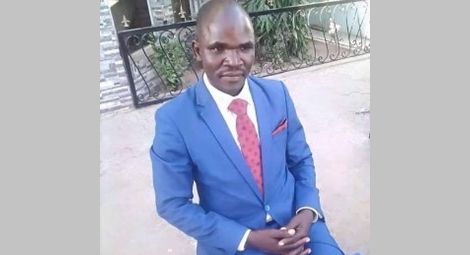 The chair of the Christian Association of Nigeria (CAN) in the Sumaila Local Government Area (LGA) of Kano state, Nigeria, died in the early hours of 23 September from wounds inflicted on him during a mob attack on his home in Massu village the previous day.

Rev Yohanna Shuaibu of New life Church was targeted after a young local man, who had left Islam and who attended neither the local church nor mosque, killed his brother’s wife on 21 September by hitting her with a piston during an argument. The man subsequently surrendered himself to the Mobile Police Force (Mopol). However, as tensions rose following the incident, the reverend was advised to leave the area for a safer place, as he was likely to be targeted because members of the local Muslim community believed the man had converted to Christianity.

Rev Shuaibu and his family spent the night in a neighbouring village called Biri. He returned the next day, 22 September, to evacuate pupils from a school constructed for indigenous Hausa Christian children, and for which he had been instrumental in raising funds. Upon arrival at the village, tensions appeared to have subsided, so the reverend and his family decided to return to their home.

Unfortunately, a mob attacked the home that night. While his wife was able to escape with their children under cover of the darkness, Rev Shuaibu suffered multiple machete blows.  He was rushed to hospital by police, who had been alerted about the attack by the vice chair of CAN, but succumbed to his wounds the next day.

The mob went on to burn down the Shuaibus' home, the church and the school.

Rev Shuaibu was a popular and inspirational figure.  Not only was he instrumental in securing funds for the school for local children; he also oversaw the raising of funds for boreholes for Christian communities who were denied access to government-provided water sources.  Under his tenure, a faulty water source at the local mosque was refurbished by the Christian community in an effort to foster peace and unity.

Kano state has been a particular flashpoint of inter and intra-religious tensions where members of the majority religious community face no consequences for dispensing mob justice on an unfounded basis and.  For example, on 2 June 2016 Mrs Bridget Agbahime, a 74-year-old market trader and wife of a retired pastor from Deeper Life Bible Church in Noman’sland, was lynched by a mob in Kofar Wambai market in Kano city following a false accusation of blasphemy. Five suspects arrested in connection with the murder, including the man whose falsehoods incited the violence, were released unconditionally five months after being arrested.”

CSW's Founder President Mervyn Thomas said: “Our hearts and prayers are with Rev Shuaibu’s wife, children, church and community as they mourn the loss of their husband, father and leader. Rev Shuaibu will be sorely missed in his community and beyond. We urge the police to spare no effort in locating and prosecuting those responsible for his death. More must be done to tackle the societal tensions that facilitate regular outbreaks of religiously-motivated violence. We call on the federal and state authorities to develop civic education programmes that promote interreligious harmony and equal citizenship, and to model these qualities consistently both in word and in deed.”