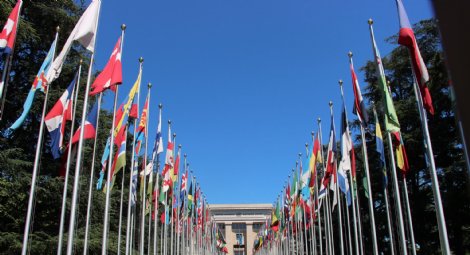 HRC48: Oral statement during panel discussion on human rights in the context of peaceful protests

Panel discussion on the promotion and protection of human rights in the context of peaceful protests, with a particular focus on achievements and contemporary challenges

Thank you Chair, There remains a myriad of challenges to the promotion and protection of human rights in the context of peaceful protests around the world today.

These four men have since been released, however, Protestant pastor Lorenzo Rosales Fajardo, who was also detained, has now been imprisoned for over two months after being arrested on 11 July in the town of Palma Soriano. Pastor Rosales Fajardo is currently being held in the Boniato Maximum Security Prison outside the city of Santiago de Cuba.

CSW continues to call for the immediate and unconditional release of Pastor Lorenzo Rosales Fajardo and all those detained amid the crackdown on peaceful protesters and for the charges against them to be dropped.

In Myanmar, peaceful protesters have been targeted with extreme force ever since the military seized power in a coup on 1 February.

Airstrikes have been widely documented in Chin, Kayah, Karen and Kachin states, resulting in hundreds of deaths, and the forcible displacement of hundreds of thousands. The military has also repeatedly shut down the internet and cracked down on independent media.

We call on the Myanmar army to cease all attacks on peaceful protesters, to release all political detainees, and to respect the will of the people of Myanmar as articulated in the November 2020 elections.

In Nigeria, justice is still outstanding in the case of the violent response to protestors at the Lekki Toll Gate in Lagos in October 2020, where between nine to over 70 people were killed by security forces, and at Kaduna State College of Education, where two students were shot and killed in June 2021 while gathered with others at the college gates to protest a hike in school fees. Nigerian forces also open fire regularly on peaceful Shi’a protestors and processions.

CSW urges Nigeria to respect the right to protest, to fully investigate every instance of violence against peaceful protesters, and to bring those responsible to justice.