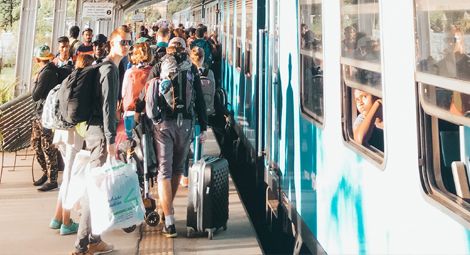 The government of Sri Lanka has insisted that it will proceed with the cremation of victims who have died from COVID-19, effectively rejecting the recommendations of its medical experts. The move has profound impacts for religious minorities in the country.

The decision, announced on 8 January, crucially downplays the significance of religious customs regarding burials for Muslim and Christian citizens, in contravention of Article 18 of the International Covenant on Civil and Political Rights (ICCPR), which protects the right to freedom of thought, conscience, and religion.

For Sri Lanka’s Muslim community, which accounts for nine per cent of the population, burials are mandatory under Islamic law. However, since 31 March 2020 government COVID-19 guidelines have required all those who die of the virus to be cremated. The guidelines were introduced after the authorities prevented the burial of the first Muslim who died because of the virus, despite protests from the family of the deceased and the Muslim community.

Sri Lanka government’s chief epidemiologist told the BBC in an interview that “burials could contaminate ground drinking water.” However, in a joint letter dated 8 April 2020, four UN mandate holders called on President Gotabaya Rajapaksa to consider “existing cultural and religious sensitivity or traditions in the country,” and urged the government to follow the Ministry of Health’s (MoH) guidelines on the autopsy practice and disposal of dead bodies, which allowed for the option of cremation or burial.

The World Health Organization (WHO) has also suggested that cremation of victims of COVID-19 is not necessary. The WHO’s September 2020 Interim Guidance advises on options for burials or cremation, noting that there is lack of evidence to support that the disease is communicable through burial.

On 24 December 2020, the Ministry of Health (MoH) appointed an 11-member panel comprising medical experts to make recommendations to the government on the management and disposal of the bodies of those who die from COVID-19. The panel recommended the inclusion of the options to cremate or bury bodies. In addition, the College of Community of Physicians of Sri Lanka (CCPSL) published a position paper which was of the opinion that the virus transmission through a cadaver has not been proven.

The Health Minister, Pavithra Wanniarachchi, has said that the decision of the government “will not be changed based on religious, political or any other personal reason.”

In recent years, Sri Lanka’s Muslim community have faced growing targeted harassment, discrimination, and violence, particularly in the aftermath of the 2019 Easter bombing.

Christians in the country have also rejected the government’s policy on cremation. Earlier this month UCA News reported that a group of Christian bishops, priests, nuns and academics had signed a petition calling for an end to the policy. There have also been cases where Christians have taken up legal cases opposing the policy, but these have been unsuccessful.

CSW’s Founder President Mervyn Thomas said: “It is deeply worrying that, despite the recommendations from both the international community and the country’s own medical experts, the government of Sri Lanka has insisted on following a policy that further disenfranchises its Christian and Muslim communities. The denial of basic burial rites only adds to the ongoing vilification of Muslims, which has been taking place for many years due to hatred and incitement propagated by far-right religious nationalists. The government’s response on this matter further demonstrates the lack of sensitivity to the families and communities who consider burial rites integral to their religious observation, customs, and memory. We urge the government of Sri Lanka to reconsider its policies and allow its citizens the right to choose how they bury their loved ones, in adherence to international norms and guidelines.”