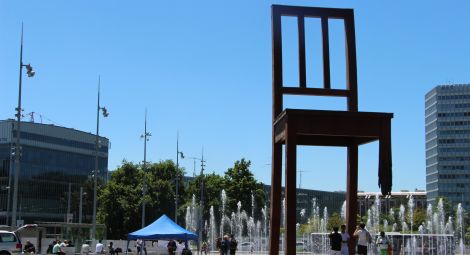 HRC48: Oral statement during ID with the High Commissioner on the human rights situation in Sudan

Item 10: Interactive Dialogue with the High Commissioner on the human rights situation in the Sudan

CSW thanks the High Commissioner for her report to the Council and thanks her office for its work in the Sudan.

We regret that this interactive dialogue will be the last of its kind on the situation of human rights in the country. We also note that this is not the first time that this Council has failed to adequately respond the fast-changing situation in Sudan, most notably the third of June 2019 attacks on peaceful protestors in Khartoum. More recently the attempted coup has underscored the fragility of the transition and highlighted the importance of the Council’s support to the Sudanese people.

While we welcome the government’s commitment to amend laws that violate the rights of vulnerable groups, further amendments and policy changes are still necessary. We also note that the legislative council has yet to be formed, and justice for the families and victims of the June third attack remain outstanding.

We remain concerned by violent attacks against those who speak out against ongoing violations to freedom of religion or belief, including against Mr Boutros, an adviser to the Minister of Religious Affairs, and Mr Osama Saeed who was tortured by GIS Officers after advocating for the rebuilding of a church burned in an arson attack. We condemn such attacks and urge Sudan to ensure the perpetrators are held to account.

Madame President, we present the following recommendations to Sudan:

To conduct detailed investigations into all attacks on places of worship and to reform the security sector and make clear the legal powers, responsibilities and limits for the police, army, and GIS, holding perpetrators for violations to account and ensuring vulnerable communities are protected.

Finally, we urge the High Commissioner to continue including oral updates on the work of her office at every opportunity, at the very least until the completion of the transition period, and especially while human rights concerns remain outstanding.