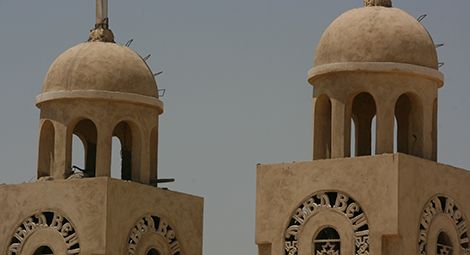 The Egyptian Initiative for Personal Rights reports that the Zagazig Criminal Court renewed the detention of Quranic blogger Reda Abdel Rahman for 45 days on 29 September.

Mr Abdel Rahman has been arrested and interrogated on several previous occasions in relation to articles he published in his blog, ‘Justice, Freedom and Peace’. In his articles, Mr Rahman challenged the extremist narratives underpinning the ideology of Political Islam Movements, arguing that their use to justify sectarian violence contradicted the Quran. His last published post was in 2015.

Mr Abdel Rahman was arrested on 22 August 2020 together with a number of family members of the renowned Quranic thinker and former lecturer at Al-Azhar University, Professor Ahmed Sobhy Mansour. While everyone else was released a few days later, Mr Abdel Rahman was held incommunicado for 44 days during which he reportedly suffered mistreatment. He was eventually charged with “membership of ISIS”. An investigation is pending in his case (Case No 3418 of 2020).

Mr Abdel Rehman’s family has expressed concern about the conditions in the police station at Kafr Saqr in Al-Sharqiya governorate where he is being held. They report that Mr Abdel Rahman’s health has deteriorated, he has lost weight, and they have had difficulty obtaining permits to visit him. The family have also raised concerns about the spread of COVID-19 inside the detention centre.

CSW’s Founder President Mervyn Thomas said: “CSW urges the Egyptian authorities to release Mr Abdel Rahman and all those who are detained and face excessive charges simply for practising their religion or belief, or exercising their right to freedom of expression, in a peaceable manner. We also call on the Egyptian authorities to amend all legislation restricting freedom of religion or belief, including Article 98 (f) of the Penal Code, which criminalises insulting religion, and is open to misuse against religious minorities.”

1.       Professor Ahmed Subhy Mansour is a prominent Quranic thinker who was sacked from his job at Al-Azhar University in 1985 for expressing differing views from the traditional Sunni schools adopted by Al-Azhar. He was arrested several times before emigrating to the US, where he currently lives.

2.       The Quranic school of thought is a modern school of Islamic thought which recognises the Quran as the only source and dismisses Hadith and Sunnah. This is considered a deviation from true Islam by Al-Azhar, Sunni Islam’s foremost authority.