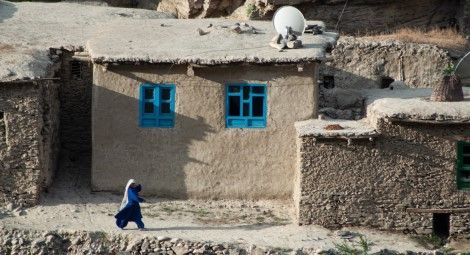 Suicide attack on Shia mosque in Kandahar after Friday prayers

A suicide bombing at a Shia Mosque in the southern Afghan city of Kandahar killed over 50 people and injured more than 80 on 15 October. A series of three explosions took place at the mosque, with one bomb detonated at the door of the mosque, and two more inside the building.

The attack took place during Friday prayers, which is the busiest congregation of the week, and the building was full of worshippers at the time.

Kandahar is the Taliban’s heartland, and while this is the first time in recent years that its minority Shia residents have been directly targeted in a terror attack, the incident marks the second attack on Shia worshippers in Afghanistan in a week. On 8 October a suicide attack on a Shia Mosque in the northern city of Kunduz killed at least 50 people and injured over 100, again during Friday prayers.

IS-K, a Sunni Muslim group, is considered the most extreme and violent of all the jihadist militant groups in Afghanistan. It has targeted Afghan security forces, Afghan politicians and ministries, the Taliban, religious minorities including Shia Muslims and Sikhs, US and NATO forces, and international agencies, including aid organisations.

The killings, and other IS bombings – including an attack on a gathering of senior Taliban officials in Kabul – have raised questions about the Taliban’s ability to offer security to citizens of Afghanistan, which they had presented as a key benefit of their rule. They also occur as a major humanitarian crisis continues to unfold in the country.

In response to the latest attack, the Taliban government offered condolences to the victims’ families and promised to bring the perpetrators to justice in a statement from its spokesperson, Zabiullah Mujahid.

CSW’s Founder President Mervyn Thomas said: “CSW extends its deepest condolences to all who have lost loved ones in these attacks. In such circumstances, religious and sectarian minorities find themselves in an extremely vulnerable position. We call upon the Afghan authorities to increase its efforts to contain and combat sectarianism and terrorism, which requires upholding rights of all citizens and ensuring that all are treated equally.”