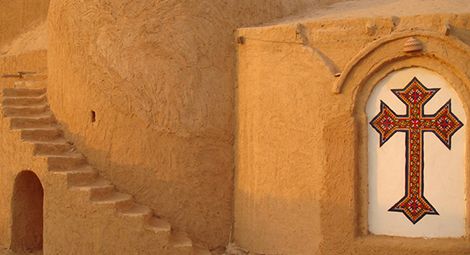 The headmaster and several other teachers at a school in Ezbat Beshri, Samalout, Minya governorate, ordered Coptic Christian students to remove any pendants or bracelets bearing a cross last week.

CSW's sources report that some Christians students at Al-Thawra school were beaten by teachers and Muslim students after the order was given. In one incident, a female teacher beat a Christian student and encouraged other students to beat him, snatch his pendant and destroy the cross.

Nader Shokry, a Christian journalist covering sectarian incidents, reported: “There is an investigation and the directorate of education is following up the incident. Things have changed from the past, sectarian incidents still occur but there is a quick response now and things are dealt with more quickly.”

CSW’s Founder President Mervyn Thomas said: “CSW welcomes the quick response of the Egyptian authorities on this occasion and we call upon them to hold those responsible for this appalling  behaviour accountable. We are particularly concerned by the fact that this conduct was encouraged and joined in by teachers, and call for appropriate measures to be taken against them. Whilst we commend the efforts of the Egyptian government in recent years to improve the situation of Christians, and the personal commitment of President Sisi to reform religious education and combat extremism and hate speech, we continue to call upon the Egyptian authorities to extend these reforms to include unrecognised religious groups.”

1.       It is a common tradition for Coptic Christians to wear the symbol of the cross or tattoo it on their wrists.