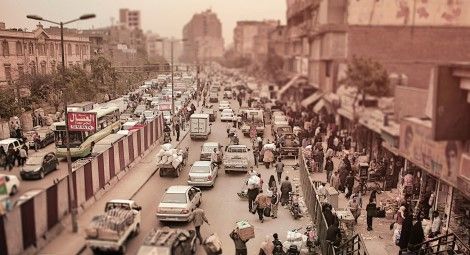 CSW learned that a Muslim reformist thinker and lawyer Ahmad Abdou Maher was convicted of “contempt of religion and disturbing public peace” and sentenced to five years in prison by an exceptional court in Cairo, Egypt, on 17 November. The sentence is pending presidential ratification and Mr Maher is still free.

Mr Maher, born in 1935, is a lawyer and former army officer and diplomat. His work has involved critical research into many controversial issues in Islamic history and theology, and he has been particularly critical of Islamic jurisprudence, the Islamic conquest and the slave trade that accompanied it.

In one disagreement with Al-Azhar, a leading Islamic university, he criticised the curriculum and blamed it for radicalising a large number of students. Mr Maher also called upon Al-Azhar to apologise for the violence of the early Islamic conquests.

Mr Maher has also been very critical of the situation of freedom of speech and freedom of religion or belief in the Arab and Muslim Worlds.

In May 2020, Islamist lawyer Samir Sabri accused Mr Maher of “contempt for Islam” and filed a complaint against him with Egypt's attorney general and a supreme state security prosecutor. Mr Maher has publicly appealed for support to Egyptian President Abdel Fattah Al-Sisi, who is a fellow army veteran.

CSW’s Founder President Mervyn Thomas said: “CSW is deeply concerned by news of the sentencing of Ahmad Abdo Maher and we urge the Egyptian authorities to review his sentence as a matter of urgency, as the only thing he has done is express his views in a peaceable manner. We also call on the Egyptian authorities to amend all legislation restricting the freedoms of religion or belief and expression, including Article 98 (f) of the Penal Code, which criminalises insulting religion, and is open to misuse against critical thinking and legitimate questioning.”