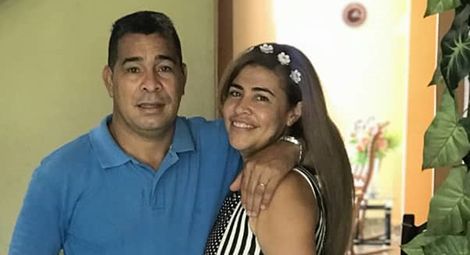 The trial of Reverend Lorenzo Rosales Fajardo, a Cuban Protestant pastor who has been detained without trial since July, has been suspended until further notice. It was due to take place this week.

Reverend Rosales Fajardo, leader of the Monte de Sion Independent Church in Palma Soriano, Cuba, was detained by State Security officers on 11 July while he participated in peaceful protests which took place across the island. He has been imprisoned ever since, and faces charges which include ‘disrespect’, ‘assault’, and ‘public disorder’ for which the government has previously indicated that they are seeking to impose a 10-year prison sentence.

His family was informed on 3 December that his trial was to take place on 7, 8 or 9 December, however on 6 December they learned that the Cuban authorities have now suspended the trial indefinitely.

On 7 December CSW attempted to hand in a 3600-signature petition to the Cuban Embassy in London calling for the pastor’s immediate release. The same petition was delivered to the Embassy on 30 September with 2070 signatures. Cuban embassy officials refused to receive the petition on 7 December. When the petition and other materials calling for Reverend Rosales Fajardo’s release were delivered under the door, a poster reading “Free Pastor Lorenzo’ was torn up and pushed back outside along with the petition.

CSW’s Head of Advocacy Anna Lee Stangl said: “We welcome the suspension of Reverend Lorenzo Rosales Fajardo’s trial, but we continue to call for the immediate and unconditional release of this innocent man. The current charges against him and his ongoing imprisonment are part of a long campaign targeting him and his ministry. The behaviour of Cuban embassy officials in London in not only refusing to receive a petition signed by 3600 people calling for the pastor’s release, but also tearing up a poster of the pastor and his family demonstrates the Cuban government’s hostility to freedom of expression and its inability to tolerate dissent. CSW encourages the international community to maintain scrutiny and pressure on the Cuban authorities in relation to this case until Reverend Rosales Fajardo is free and reunited with his family.”