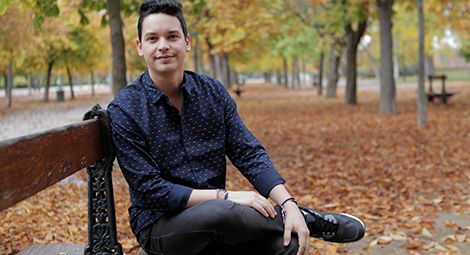 Cuban independent journalist Yoe Suárez was arbitrarily summoned by police authorities to Siboney station in Havana on 9 December and warned not to involve himself in “subversive activity” on International Human Rights Day on 10 December.

Mr Suárez’s summons document was originally dated 10 December; however, he received a call on the morning of 9 December stating that he must appear at Siboney station immediately. Once there, he was interrogated by a State Security agent calling himself ‘Osvaldo,’ who threatened to impose criminal charges against Mr Suárez for his journalism for the independent news site Diario de Cuba.

During the interrogation, agent Osvaldo warned Mr Suárez about his status as an employee of a non-state organisation, stating that he has a record with the local police and can be charged for the crime of ‘social dangerousness,’ a pre-emptive charge which applies to individuals who the government think are likely to engage in criminal or anti-social behaviour, but who are yet to commit an offence. In practice, this charge is frequently used against critics of the government. Agent ‘Osvaldo’ also threatened Mr Suárez’s family, urging him to think of his son because the police have the legal means to “catch him out.”

At the end of the 15-minute interrogation, agent Osvaldo highlighted that 10 December was International Human Rights Day and warned Mr Suárez against involving himself in any “subversive activity.”

This is the second time that Mr Suárez has been summoned in this way in the last month. On 11 November, he was interrogated by State Security agents ahead of the March for Civic Change on 15 November. He was warned that prison sentences for participating in the protests would be high and was told not to leave his home on 15 November. He was also informed that a police patrol car would be stationed outside his home from 14-16 November. Mr Suárez has been under an arbitrary travel ban for nearly two years.

CSW’s Founder President Mervyn Thomas said: “It is unsurprising but nevertheless appalling that the Cuban State Security department has once again employed repressive tactics to harass human rights defenders in the lead up to International Human Rights Day. Despite a sustained campaign of state-sponsored harassment against him, Mr Suárez has remained steadfast in his commitment to reporting on the realities of human rights in Cuba, including on the severe violations of the right to freedom of religion or belief. CSW continues to call on the Cuban authorities to cease all harassment of Mr Suárez and his family, and to lift the unjustified travel ban against him.”