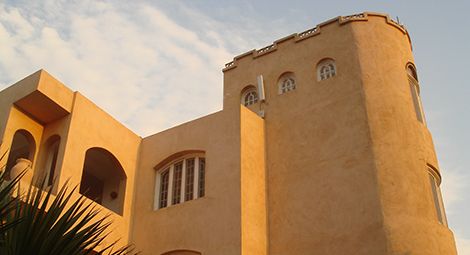 Egyptian Christian activist Patrick George Zaki was released from prison on 8 December after spending 22 months in detention. He was charged with “spreading fake news inside and outside Egypt.”

Accoring to the Egyptian Institute for Personal Rights (EIPR), a State Security Misdemeanour court in al Mansoura governorate ordered Mr Zaki’s release pending trial  after a hearing on 7 December. The court also scheduled his next hearing for 1 February 2022.

Mr Zaki was arrested at Cairo Airport in February 2020.  He was subsequently interrogated by Egyptian State Security on 13 July and 9 September 2021, and was eventually charged with "spreading fake news inside and outside Egypt.” His arrest followed the publication, in July 2019, of an article he wrote entitled “Displacement, killing and oppression: the outcomes of a week of the daily life of Egyptian Copts” in which he described his life as an Egyptian Christian.

At the time of his arrest, Mr Zaki was studying at an Italian university and worked as a researcher for the EIPR, one of the few human rights organisations still operating in Egypt. His time spent in pre-trial detention exceeded the legal limits stipulated in Article 143 of Egypt’s Code of Criminal Procedures.

CSW’s Founder President Mervyn Thomas said: “CSW welcomes the news that Mr Zaki was able to return home after spending so long in pre-trial detention. However, he still faces unfounded charges in State Security Court, where verdicts cannot be appealed. We renew our call for the charges against Mr Zaki to be dropped, and for the immediate and unconditional release of all those detained on similarly excessive charges for simply exercising their right to freedom of expression.”

1. Article 143 of Egypt’s Code of Criminal Procedures stipulates a pre-trial period of six months for misdemeanour crimes, 18 months for criminal offences and two years in cases of crimes meriting a life sentence or the death penalty.