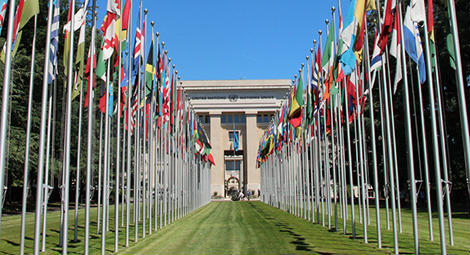 Oral statement: 33rd special session of the Human Rights Council on the situation in Ethiopia

CSW welcomes the convening of this Special Session.

The humanitarian and human rights situation remains critical. CSW notes the disturbing findings of the OHCHR-EHRC Joint Investigation, despite its limitations, and that since the end of its reporting period in June, the situation has worsened.

We remain deeply concerned by continuing reports of starvation being used as a weapon of war, and of mass incarceration of Tigrayan civilians, including infants, on the basis of ethnicity.

We are also concerned by reports of arms sales to Ethiopia which effectively prolong a war that increasingly seems unwinnable.

The immediate priorities, therefore, are a ceasefire, unhindered humanitarian relief, and the release of those unjustly detained.

But Madam President, to recover from this conflict, Ethiopia will also require accountability and justice.

CSW urges the Council to establish and support the immediately operationalisation of a genuinely independent mechanism to thoroughly investigate alleged violations of international human rights, humanitarian and refugee law committed since 3 November 2020, to collect evidence on the most serious violations committed during the conflict, and to prepare files for criminal prosecution by a national, regional or international tribunal.

We further call on the international community to initiate an arms embargo, and to impose targeted sanctions on military and political persons and entities identified as complicit in human rights abuses - particularly on the leaders of Ethiopia and Eritrea who bear ultimate responsibility for the appalling violations that are being committed with impunity by their respective forces.

Before inclusive national dialogue and reconciliation can occur, Ethiopia needs independent accountability and judicial processes. CSW urges this Council to meet this need.