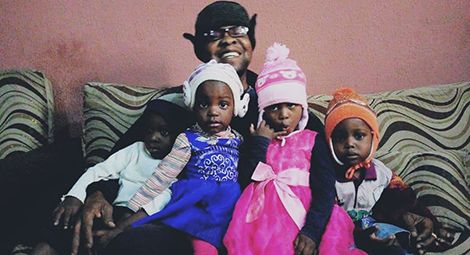 Concerns have arisen over the well-being of five children from the Du Merci orphanages in Kano and Kaduna states who were forcibly separated from their siblings and sent to a rural orphanage.

Mercy Tarfa, 4, Destiny Tarfa, 4, and Emmanuel Tarfa, 4, are the youngest of 27 children seized during police raids on the Du Merci orphanages in December 2019. They were initially held for over a year in a government-run orphanage in Kano city, but were forcibly relocated to an orphanage in Gaya in January 2021. Martha Tarfa, 5, and Esther Tarfa, 8, were subsequently transferred there in March.

CSW has received credible information indicating that the five children appear thin, dirty and unkempt, and are withdrawn and fearful. They have all been given Muslim names and can no longer remember their original ones. Moreover, they no longer speak English, which used to be their first language, and can only communicate in Hausa.

The children are allegedly obliged to recite Arabic, study Islam and attend prayers in a mosque. Significantly, there are only 10 children in the entire orphanage, all of whom are described as being frightened and withdrawn.

The Gaya orphanage is reportedly guarded by members of the Kano State Hisbah Corps (Shari’a Police), which has become notorious for its excesses.  Its members are implicated in several cases involving the abduction, forced conversion and forcible marriage of Christian minors in remote areas of the state. In July the Hisbah banned the use of mannequins with heads by tailors and shops and even in private residences, deeming them as being “un-Islamic”  and “responsible for immoral thoughts,” but permitted the use of headless ones. More recently, the group caused widespread outrage and was forced to backtrack after announcing it would be questioning the Kano-based parents of the newly crowned Miss Nigeria, who wears a hijab, as participating in the pageant was un-Islamic.

On 24 June a High Court in Kano State acquitted Professor Richard Solomon Tarfa, who co-founded the Du Merci centres with his wife Mercy, of charges of abduction of 19 children from their legal guardians, and confining them in an unregistered orphanage, and also of running illegal orphanages. Despite the professor’s acquittal, the children are yet to be returned to the couple’s custody.

In November CSW learned that that  Moses Tarfa, 14, who was hospitalised for seven months and required skin grafts after suffering first degree burns to the face, hands, body and legs in a fire at the orphanage in Kano city on 20 December 2020, has not been receiving adequate follow-up treatment since being discharged. As a result, some of his fingers and his wrist are now deformed, and he has scars on his face, arms and thigh.

CSW’s Founder President Mervyn Thomas said: “CSW is deeply alarmed by the reported condition of these young children who, along with their siblings, are enduring multiple violations, including of their rights to freedom of religion or belief, education, parental care and liberty and security of person.  The fact that they no longer remember their own names and are subdued and withdrawn indicates significant and ongoing trauma. Given Professor Tarfa’s acquittal on the charges that led to their separation, we urge the Kano state authorities to expedite the return of all of the Du Merci children, ensuring their mental health, physical well-being, and rights to freedom of religion or belief and education are prioritised as a matter of urgency. We also continue to call for full reparations to be made for the trauma this family has been subjected to in the last two years.”