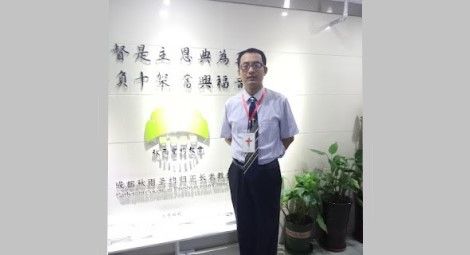 The leader of an unregistered Protestant church in China has been formally arrested on charges of ‘unlawfully possessing items that advocate terrorism or extremism,’ in possibly the first such case involving a church leader in the country.

Mr Zhao Weikai is a leader of Xuncheng Reformed Church in Taiyuan, Shanxi province, in north China. His wife Li Xin received a notification of his official arrest on 20 July under charges that those close to him describe as “beyond imagination.”

Mr Zhao and his wife have faced repeated harassment by the authorities, supposedly in relation to their insistence on educating their three children at home rather than in a state school. In May, Taiyuan police officers raided their home without a warrant and confiscated their computer equipment and books before placing Mr Zhao in detention for 15 days. On 16 July, the detention centre where Mr Zhao was being held turned down his lawyers’ request for a meeting with him on the grounds that the case involved suspicion of ‘endangering national security.’

Elsewhere, house church leader Zhang Chunlei has been denied access to legal counsel, and it is now believed he may face similarly serious charges to Mr Zhao. The charges against Mr Zhang have been changed repeatedly, and on 21 July Guiyang’s No.2 Detention Centre cited ‘endangering national security’ as the reason for declining the lawyer’s request of a meeting with Mr Zhang for the fifth time in a month.

Mr Zhang, an elder at Love Covenant Church in Guizhou, was formally arrested on suspicion of ‘fraud’ on 1 May, after initially being detained on 16 March for ‘illegally operating as an association’. However, when Mr Zhang’s lawyer later made enquiries to the prosecutor in charge of the case, the latter claimed to be unaware of the latest change.

Prosecutors in Guangzhou have also approved formal arrest of Gao Heng, who was detained after calling for prayer on 4 June, the anniversary of the Tiananmen Square Massacre. Mr Gao is charged with ‘picking quarrels and provoking trouble’ - another charge commonly used by the Chinese authorities to criminalise the activities of human rights defenders.

CSW’s Founder President Mervyn Thomas said: “The charges against Mr Zhao Weikai are unprecedented and an alarming response to his decision to home school his children. They bear no relation to Zhao’s peaceful religious and educational activities, and demonstrate the dangerous escalation of measures used against Christian leaders in China. We are also concerned that both Zhao Weikai and Zhang Chunlei have been deprived of their right to meet with their lawyers while in custody; that the authorities have amended the charges against Mr Zhang several times; and that Gao Heng has been officially arrested. Having entered its second centenary, the Chinese Communist Party has repeatedly claimed that China respects the right to freedom of religion or belief and upholds rule of law, but these cases demonstrate that this is untrue. We call on the Chinese government to stop the practice of using false charges to target leaders and members of religious communities, and to start truly respecting freedom of religion or belief for all people in China.” 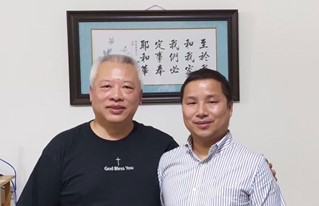