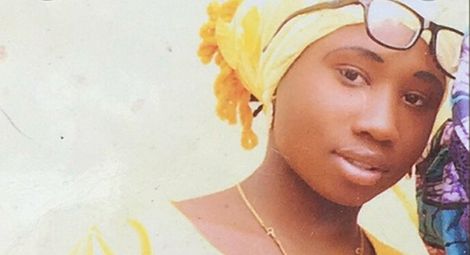 Nigeria’s Chief of Defence Staff, General Lucky Irabor, gave assurances that efforts are underway to secure the release of Leah Sharibu and others held captive by armed non-state actors, during an interview on 10 January on the Nigeria Television Authority (NTA) programme ‘Good Morning Nigeria.’

During the interview, General Irabor said he was “aware of plans and of course, processes that are in place to ensure that not just Leah Sharibu but every other person held captive is released.” He also revealed that one of the Chibok Girls was rescued around three weeks earlier: “I would like to reassure Nigerians and the world at large that the Federal Government, using the military, is working very hard to ensure that everyone that has been held captive regains their freedom.”

Leah Sharibu was the sole Christian among 110 schoolgirls abducted by the Islamic State West Africa Province (ISWAP) from their school in Dapchi, Yobe state on 19 February 2018. While her surviving classmates were returned a month later following negotiations by the government, she was denied her freedom for refusing to convert as a precondition for release. In October 2018 ISWAP declared Ms Sharibu a “slave for life,” and she remains in captivity.

General Irabor also welcomed the recent designation of the armed groups operating in the country’s northwest, who were previously termed “armed bandits”, as terrorists. The designation, announced on 5 January in a government gazette which termed their activities “acts of terrorism and illegality,”  means “the techniques, tactics, and procedures (TTPs) [the armed forces] used in handling them certainly will have to change. Tagging them as terrorists also gives it a global disposition, a global form that will enable other key global actors to take certain important actions against them.”

The gazette also extends the designation to include “other similar groups in any part” of the country, and “especially in […] the north-central” region.”

The official designation follows a November 2021 ruling by Federal High Court Justice Taiwo Obayomi Taiwo that the activities of bandit groups in the northwest constituted acts of terrorism and that their proscription should be published in an official gazette.

The newly designated groups, largely comprising men of Fulani ethnicity, have subjected predominantly Muslim Hausa farming communities in northern Kaduna, Katsina, Kebbi, Niger, Sokoto and Zamfara states to a campaign of violence characterised by looting, abductions for ransom, rape, extortion, death, and destruction.  According to the Governor of Zamfara state, over 30,000 of these heavily armed terrorists operate from forests in the six states, living in 100 camps which each accommodate at least 300 men.

At least 200 people were killed and an estimated 10,000 were displaced between 4 and 6 January after 300 terrorists on motorcycles attacked around nine localities in the Rafin Danya, Barayar Zaki, Rafin Gero and Kurfa villages in the Anka and Bukkuyum Local Government Areas (LGAs) of Zamfara state.

According to local reports, the assailants set fire to homes, storehouses and markets, decapitated and mutilated their victims, and abducted around 20 women. The series of attacks may have been launched in retaliation for multiple airstrikes on militia bases in Gusami Forest and Tsamre Village in Birnin Magaji LGA which resulted in the deaths of two notorious leaders, identified as Alhaji Auta, and Kachalla Ruga, among others, on 1 January.

News is also emerging of attacks that occurred from 27 to 29 December 2021 targeting predominantly Christian communities in the Tal, Banganje and Kalmai districts in Billiri LGA of southern Gombe state in which 15 people were killed, six were seriously injured, and three were abducted.

CSW's Founder President Mervyn Thomas said: “CSW welcomes General Irabor’s assurance that efforts are underway to rescue Leah Sharibu and other captives. Action is long overdue, so we urge the Nigerian government to spare no effort in following through on these commitments. We also welcome the official designation of violent armed actors as terrorists. Although belated, it will allow the military to recalibrate and address a threat that has evolved into an existential one far more comprehensively. We urge the international community to assist the Nigerian government wherever possible as it tackles the terrorist threat in the country’s north-west and elsewhere, prioritising the protection of vulnerable communities and holding perpetrators to account.”