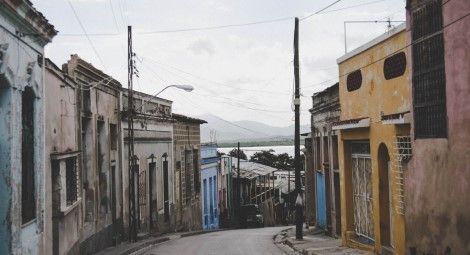 The President of the Christian Reformed Church of Cuba was detained on the evening of 1 February. A State Security officer raided his home and carried out an extensive search, confiscating a few items including mobile phones and computer equipment belonging to his church.

Reverend Yordanys Díaz Arteaga was taken by government officials to an unknown location and was interrogated and threatened with charges of "receiving illegal goods." The pastor was released at about 2:00am but has been put under effective house arrest, along with his family. Their access to communication has been cut off and they were ordered not to speak to anyone.

Sources on the ground described the charges against Reverend Díaz Arteaga as “ridiculous,” noting that the confiscated items were legally obtained. They also expressed concern that the government is using a false pretext to harass the religious leader, who has become a target of the government since his denomination chose to withdraw from the Cuban Council of Churches (CCC), an ecumenical body that has a history of supporting the government.

On 4 January 2021, María de los Ángeles Pérez, who liaises with the CCC on behalf of the Office of Religious Affairs of the Central Committee of the Cuban Communist Party, which oversees all religious activity on the island, contacted Reverend Díaz Arteaga to express concern about his denomination’s decision to leave the CCC. Pérez openly threatened the pastor, telling him that this decision would have “consequences and repercussions for him in his leadership.”

Later that month, Reverend Díaz Arteaga received four anonymous calls on the same day to his home landline. The first three calls were offensive and used vulgar language to attack the pastor and question his integrity. During the last call the person warned the pastor to think about his family and threatened that if he did not change his ways, “he would see what would happen to him.”

Anna Lee Stangl, Head of Advocacy at CSW, said “We are extremely concerned for the well-being of Reverend Díaz Arteaga, whose only crime has been to seek independence for himself and his denomination from government manipulation, in line with the fundamental rights associated with freedom of religion or belief. We call on the Cuban government to return the possessions that were confiscated, to drop any pending charges and to cease its harassment of the pastor and his family.”