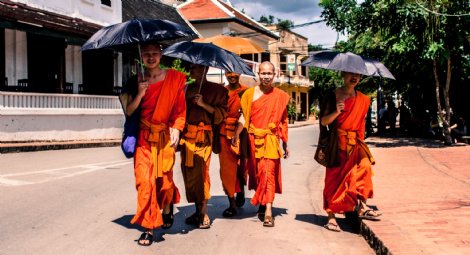 13 April, 5 May, 25 May: Why Christians should speak up for all faiths

Protecting an individual’s right to choose what and who they believe in is articulated in Genesis 1 and 2, but it is often misunderstood by the Church. Join our online series as we explore how speaking up for religious freedom for all is in fact central to the Christian mission.

This series is aimed primarily at church leaders, but all are welcome.

Why should Christians be at the forefront of speaking up for people of other faiths who experience religious persecution and mistreatment?

The God-given right to choose what and who we believe in – which appears in Genesis 1 and 2 –  is often misunderstood by the Church. In some cases, it’s thought we must only care for and assist the Persecuted Church, whereas it’s seen by others as antithetical to evangelism. In this episode we explore how speaking up for religious freedom for all is in fact central to Christian mission.

Examining Religious Persecution: does it occur in the UK?

We often hear ‘persecution’ used as a blanket term that includes religious intolerance and discrimination. This episode looks at the legal definition and how that differs from the way the term is often used in the media, and in our pews. We ask whether persecution happens in the UK and how, as Christian leaders, we can build faith in those suffering discrimination in the UK, and compassion for those suffering persecution around the world.

Religious Freedom, the Refugee Crisis, and the Role of the Church – how lack of freedom of religion or belief is often a root cause of migration.

Refugees are fleeing Afghanistan, Eritrea, Syria and Myanmar. Each of these crises have one issue in common – freedom of religion or belief. And yet this aspect often goes under reported and not understood. In this episode we explore how we can reach out to those in our community who have fled their home nation, and how we can help prevent more from being forced to flee.