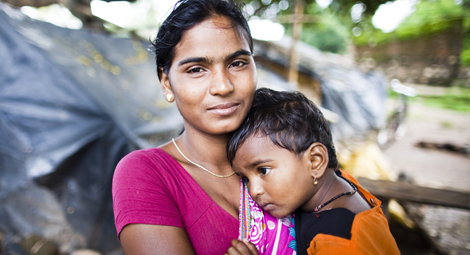 The constitution of India mandates a secular state and Article 25 guarantees the right to freedom of religion or belief (FoRB). It also prohibits discrimination on religious grounds. The State is a party to the International Covenant on Civil and Political Rights (ICCPR).

Paragraph 3 of the Constitution (Scheduled Castes) Order 1950 discriminates against Dalits, as anyone who professes a religion different from the Hindu Sikh or Buddhist religion shall not be deemed to be a member of the Scheduled Caste. Therefore, Dalits who adopt other religions lose their legal status as Scheduled Castes, and eligibility for related socio-economic support.

Some repressive legislation also undermines India’s constitutional and international commitments on FoRB. Eleven of India’s 28 states have anti-conversion laws, which are used to justify violence against Christians and Muslims, and to create hostility towards minorities. The laws are vague and state silence on the issue has further led to abuse of the laws. On 9 February 2022, the Haryana cabinet approved the Haryana Prevention of Unlawful Conversion Religious Bill, 2022.

The Citizenship Amendment Act 2019 (CAA) determines eligibility for citizenship based on a person’s religion, allowing Hindus, Sikhs, Buddhists, Jains, Parsis and Christians resident in India before 2014 to claim citizenship. The law excludes Muslims, including minority sects who have taken refuge in India.

The Foreign Contribution Regulation Amendment Act 2020 (FCRA) controls foreign funding for NGOs, but the government has used it to block funds to hamper the activities of organisations that question or condemn the government or its policies. As a result, the number of NGOs working on human rights and vulnerable minorities in India have had their funding frozen or licence revoked. From when the Bharatiya Janata Party (BJP) government took office in May 2014 until December 2019, as many as 14,500 NGOs had been barred from accessing foreign funding.

As well as government policies and laws, India’s religious diversity is under threat from the spread of religious intolerance by non-state actors who act with impunity.

Since 2014, when the BJP came to power, there has been a notable shift in public discourse, increasing hostility towards religious minorities. The Rashtriya Swayamsevak Sangh (RSS), the ideological arm of the BJP that promotes a Hindu nationalist agenda, has sought to polarise Indian society by relentlessly dividing communities based on religious grounds, leaving religious minorities in the nation unsettled about their future.

In a September 2018 report to the UN General Assembly, the Special Rapporteur on contemporary forms of racism, racial discrimination, xenophobia and related intolerance noted that communal violence has been linked with inflammatory remarks made by BJP officials.

Right-wing groups are emboldened by a culture of impunity due to state negligence or complicity. The perpetrators of communal violence in Gujarat in 2002, in Kandhamal in 2008, and in Muzaffarnagar in 2013, have not been penalised. Such impunity is a leading reason for continuing communal violence across India.

Incidents of mob lynchings in the name of protecting cows and as punishment for alleged beef consumption are frequently reported. Research suggests that from 2016 to 2020, lynching related to alleged cow slaughter and trade has resulted in more than 50 fatalities. Local monitoring groups have criticised BJP members for invoking mobs to carry out vigilantism, particularly the Chief Minister of Uttar Pradesh, Yogi Adityanath. The overwhelming majority of attacks are against Muslims and the Dalit community.

Christians who gather to worship face mob violence and police inaction or complicity in the attacks against them.

On 14 January 2022, Pastor Rakesh Babu and his family were brutally beaten at their home in Chandauli, Uttar Pradesh, by unidentified men armed with wooden logs as they gathered to pray in their parsonage, a tiny room attached to the church where Pastor Babu has served for the last 15 years. A week before, villagers who claimed to be RSS members and had been threatening the pastor, filed a police complaint against him, claiming that he was a Christian missionary who was making large sums of money through the church. Pastor Babu was threatened with jail if he continued to encourage others to join him in prayer. After his attack, the pastor struggled to get local police to properly register his police report.

In the most severe cases, Christians have been killed by Hindu nationalists, such as in May 2021 when Pastor Alok Rajhans was killed in an attack on his church.

Muslims face ongoing discrimination in India. Exacerbated by the COVID-19 pandemic, in March 2020, an event hosted by the Islamic missionary organization called Tablighi Jamaat (TJ) was  singled out by the police and government officials as being responsible for the spread of the virus, although the Delhi authorities had given prior go-ahead for the meeting to take place.

Muslims have also been subjected to hate speech, which has resulted in socio-economic boycott, and vigilantism targeting the community for alleged cow slaughter and for committing ‘love jihad,’ a term used to refer to Muslim men alluring Hindu girls to marriage. In December 2021, members gathered at a religious conclave in Haridwar, Uttarakhand, called for the killing of religious minorities, emphasising particularly on taking up arms against the Muslim community.

The space for individuals and civil society organisations have severely been affected since the BJP came into power.  Anyone who criticises the ideological policies of the government are targeted; either arbitrarily detained and charged under draconian anti-terror laws, subjected to intimidation and humiliation, or killed. Eminent Indian writers who questioned right-wing Hindu extremism, such as Govind Pansare and M. M Kalbugi in 2015, and Gauri Lankesh in 2017, have also been killed. With space for free speech curtailed, dissenters are labelled “anti-nationals.” The arrest and incarceration of 16 human rights defenders in relation to the Bhima Koregaon violence, including Father Stan Swamy who died in judicial custody on 5 July 2021, has been criticised for being a systematic use of draconian laws to target civil society who advocate for human rights, including FoRB.

To the government of India: