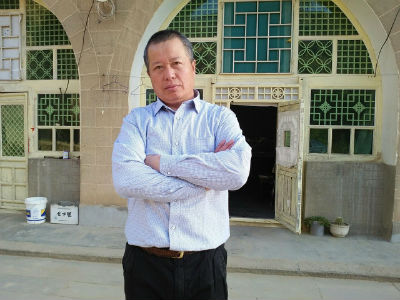 Gao Zhisheng is a Chinese human rights lawyer who was first detained by the Chinese authorities in 2006. Before this, he was notable for frequently taking on human rights cases, and was known for defending religious minorities.

Between 2006 and 2011 he was disappeared multiple times and suffered beatings and torture. From 2011-2014 he served a prison sentence. He was released in August 2014, only to disappear again on 13 August 2017. His whereabouts are unknown but he is believed to be in some form of detention.

Gao Zhisheng came to the attention of the Chinese government after his participation in several human rights cases. He often defended religious minorities in court, including Christians and Falun Gong practitioners, which led to the government shutting down his law practice and taking away his licence. Gao was illegally detained by the police in August 2006. In December of that year, he was sentenced to three years in prison with a probation period of five years on the charge of ‘inciting to subvert the state power’. During his probation he was forcibly disappeared six times and severely tortured in detention. Describing the aftermath of this torture later, Gao said, “Not a single square centimetre of my skin was normal. It was bruised and damaged over every part.”

In April 2010, Gao disappeared again while visiting his in-laws in Xinjiang. On 16 December 2011 the Chinese news agency Xinhua reported that Gao had violated the terms of his probation and had been returned to prison for three years. During this period Gao’s family and lawyers  were denied permission to visit him, and often did not even know where he was. They were subjected to intimidation, and in 2009 Gao’s wife and children were forced to leave China because their lives were in danger. Gao’s wife, Geng He, now has asylum in the United States, where she lives with their two children.

August 2017: Gao disappears again. His whereabouts are unknown but he is believed to be in some form of detention.

August 2014: Gao is released from prison.

January 2012: Gao’s family is prevented from seeing him while in prison.

December 2011: Gao is returned to prison for three years for ‘violating the terms of his probation’.

April 2010: Gao speaks to the Associated Press about being tortured while in prison. Shortly after, he is forcibly disappeared while visiting his in-laws in Xinjiang.

February 2009-March 2010: Gao briefly disappears before reappearing again, in what is believed to be a publicity stunt by the Chinese government to quell international attention.

December 2006: Gao is sentenced to three years in prison and five years’ probation for ‘inciting to subvert the state power’.

August 2006: Gao is illegally detained by the police.