We’re a small team with a big vision. As lawyers, church leaders, religious freedom advocacy experts, and a talented and creative communications team, we come from many different backgrounds and church traditions. But we work together to achieve incredible results: setting prisoners free, speaking truth to power, and changing the laws that deny millions of people their religious freedom.

Meet some of our team:

Mervyn Thomas CMG is Founder President of CSW, a Christian human rights organisation standing with those facing injustice for their beliefs and advocating for Freedom of Religion or Belief (FoRB).

Mervyn advises the British Foreign Secretary as a member of his Human Rights Advisory Group and works closely with the Prime Minister’s Special Envoy for FoRB. He is also a member of the UK FoRB Forum Steering Group, led by the Bishop of Truro.

Mervyn is an internationally known, inspirational speaker, raising awareness of the plight of individuals and communities facing persecution and his passion for tackling the injustice they face. He has testified in the British Parliament, at the EU and within US Congress.

Mervyn is a regular speaker at events such as New Wine, Keswick, as well as speaking in churches of all denominations and sizes in the UK and elsewhere inspiring Christians to take their stand against injustice. 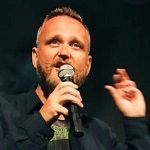 Scot Bower is CSW's CEO. Scot joined CSW as Communications & Fundraising Director in 2015, before being appointed as Chief Operating Officer in 2016.  Scot has a background in charity leadership, having previously held director level positions at 24-7 Prayer and The Sailors’ Society. He is passionate about building on CSW’s 40-year legacy; listening to, and being guided by our teams on the ground, and continuing to be a powerful ally for all who face injustice because of their religion or belief.

He is also part of the eldership team at Emmaus Rd a growing church in Guildford, UK where he lives with his beautiful wife and two children who are growing up fast! Scot loves exploring the space where prayer and protest collide and thinks he has the best job in the world. 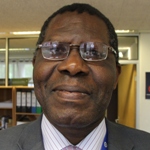 Sina Adesanya is a chartered accountant and joined CSW in October 2005 as Finance Director after two decades of experience in Nigeria and Tanzania. He holds a first degree in Chemistry and an MBA. He and his wife, Moji, spent some time as a missionaries in Tanzania between 2000 and 2002 before moving to South London where he pastors the Redeemed Christian Church of God. They have four daughters.

Kiri leads the Public Affairs team which engages stakeholders in the media, UK and European parliaments and at the United Nations. She is a journalist, political analyst and public speaker who has written for a number of international media outlets and appeared on stations including BBC, Al-Jazeera, Fox News and as a speaker at TEDxEastEnd.