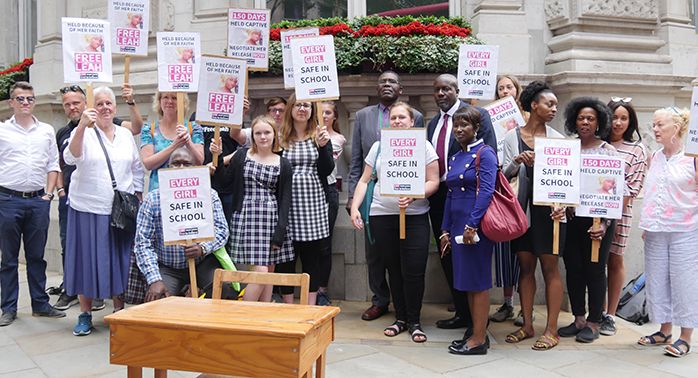 Leah refused to renounce her faith. She paid the price with her freedom.

She was one of 110 girls abducted from their school in Dapchi, Nigeria by Islamic State West Africa Province (ISWAP) an offshoot of Boko Haram in February 2018. The next month, following negotiations by the government, the girls were put into vehicles to go home.

However, Leah wasn’t among them. She wasn’t released because she refused to convert in exchange for her freedom. 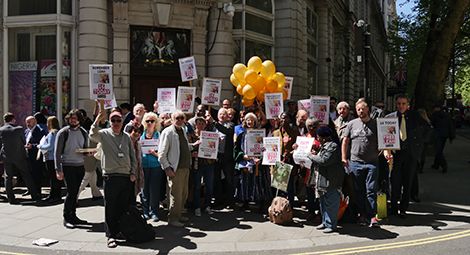 Thank you so much to everyone who marked Leah’s 16th birthday with us. Whether you joined us in person in London for our prayer vigil outside the Nigerian Embassy, or prayed where you were, we’re so grateful for your support as we continue to call for Leah’s release.

We were privileged to have David Linden MP attend the vigil as well as our Founder and Chief Executive Mervyn Thomas – both of whom share a birthday with Leah Sharibu. During the protest, Mervyn, David, and London-based Nigerian clergyman Pastor Fred Williams of Spirit Life Missions delivered a letter and a petition for Ms Sharibu’s release signed by 10,764 people to the High Commissioner’s representative. 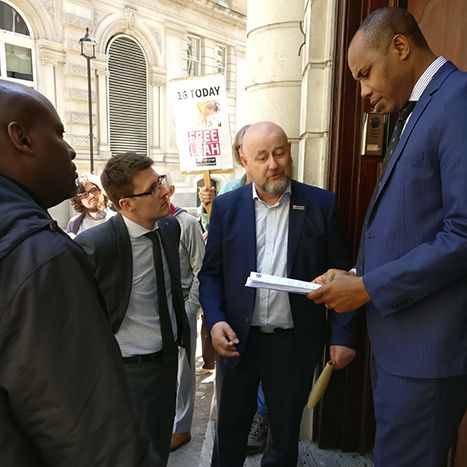 It was a truly uplifting event with a real sense of hope – the message repeated again and again was that ‘we don’t want to do this next year’: join us in praying that this becomes a reality. 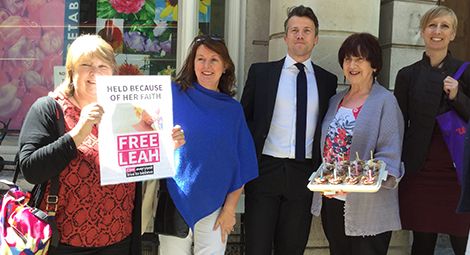 You can still speak up for Leah now

Our call to President Buhari is unchanged – to negotiate the release of Leah and Alice, the remaining humanitarian worker, and the 112 remaining Chibok girls.

Sign the online petition. Or, even better, print out the paper petition and ask others to sign. If you have a few minutes, you can also use this guide to write a letter.

Between 9am on 4 September and 5pm on 12 September, we held a 200 hour protest outside the Nigerian High Commission in London to mark 200 days since Leah’s abduction.