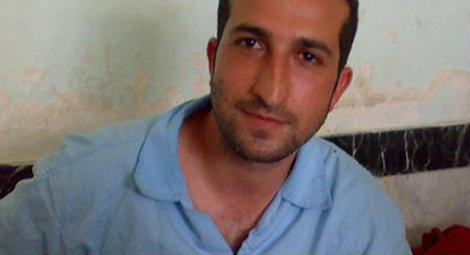 According to Christian Solidarity Worldwides (CSWs) sources, Pastor and Mrs Nadarkhani were arrested after VEVAK officers raided their home in Rasht, but were released on the same day.

The raid on the Nadarkhani home is reported to have been part of a series that targeted around ten Christian homes.

Three other Christians who were also arrested on 13 May are still in custody. CSW was informed that Yasser Mossayebzadeh was arrested during the raid on Pastor Nadarkhani’s house. VEVAK officers summoned Saheb Fadaie and Mohammadreza Omidi (Youhan) to their offices by telephone prior to raiding their homes, and are reported to have seized their bibles, computers and mobile phones.

It is not the first time that the three men have been arrested. In February 2015, they were briefly detained following similar raids. Mohammedreza Omidi was initially detained in December 2012, during the annual crackdown on churches. In 2013, he was one of four Christians sentenced to 80 lashes each after they were charged with drinking alcohol during a communion service and possessing a receiver and satellite antenna.

This was also the second time that Pastor Nadarkhani has been re-arrested since his release from prison in September 2012. He was initially arrested in 2009 after going to his children’s school to question the Muslim monopoly on religious education, which he felt was unconstitutional. He was charged with apostasy and sentenced to death in 2010, a decision that was upheld by the Supreme Court in 2011. On 8 September 2012, he was released from prison following his acquittal on apostasy charges, but was found guilty on charges of evangelising. The pastor was recalled to prison on 25 December 2012 to complete the remainder of his three year sentence, and was released once again on 7 December 2013.

CSW’s Chief Executive Mervyn Thomas said, “While CSW is relieved that Pastor and Mrs Nadarkhani have been freed, we remain deeply concerned for the welfare of Yasser Mossayebzadeh, Saheb Fadaie and Mohammadreza Omidi, who are still being held. The government must be held to account for its harassment of Iran’s Christian community, in particular the constant raids on homes and repeated arrests which are without basis. We continue to call on Iran to fully respect its constitutional and international human rights obligations by ensuring that justice and equality before the law are guaranteed to all citizens, regardless of their religion or belief."