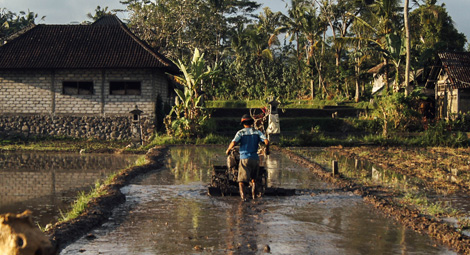 The governor of Jakarta, Basuki Tjahaja Purnama, known as ‘Ahok’, has been found guilty of blasphemy and sentenced to two years in prison. He will appeal the sentence.

Benedict Rogers, East Asia Team Leader at Christian Solidarity Worldwide (CSW) said: "This verdict and the sentence imposed represent an outrageous miscarriage of justice. It also represents a further, and severe, erosion of Indonesia's values of religious pluralism as set out in the Pancasila, the state ideology.”

“Indonesia's ability to hold itself up as an example of a moderate, tolerant, Muslim-majority democracy is further threatened and is now very questionable. We urge the courts to overturn this verdict on appeal and acquit Governor Basuki Tjahaja Purnama.”

As a Chinese Christian, Ahok is Indonesia’s most prominent ethnic minority politician and was the first non-Muslim governor of Jakarta for over 50 years. His campaign for re-election was overshadowed by the blasphemy allegation against him and he lost the vote last month.

On 27 September 2016, Ahok reportedly quoted a Qur’anic verse on the campaign trail while addressing concerns that his political opponents may use the verse to discourage people from voting for him as a non-Muslim. He was then falsely accused of criticising the verse itself. The court case against the governor was filed by several conservative Islamic groups after his statement went viral via a doctored YouTube video.

On 13 November 2016, Ahok was formally charged with blasphemy and his trial began on 13 December 2016. An estimated 500,000 Muslims turned up to a number of rallies in November and December 2016 to protest against his supposed blasphemy.

Indonesia is the world’s largest Muslim-majority country, yet it rejected theocracy at its foundation and adopted a state philosophy known as ‘Pancasila’, giving equal recognition to the major religions. CSW believes that the case against Ahok is part of a broader attempt to undermine the right to freedom of religion or belief (FoRB) in the country.

Benedict Rogers added: “Indonesia's blasphemy laws have been abused for too long, so we call on President Joko Widodo to review the blasphemy laws and amend or repeal them to prevent future injustices."