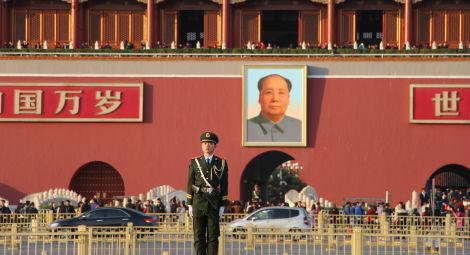 Chinese state media agency Xinhua announced on 21 March that the United Front Work Department, an agency of the Communist Party of China (CPC), will now oversee ethnic and religious affairs in the country. These changes are part of a restructuring of party agencies in China, which place the Chinese government more directly under Party control.

Christian Solidarity Worldwide’s Chief Executive Mervyn Thomas said: “Many religious believers in China, including Christians, are already concerned about tightening control over religious activities. These changes will do nothing to allay their fears. Under Xi Jinping control of religious life has become a new priority for the Communist Party of China, and so far this has been manifested through the curtailing of the right to freedom of religion or belief for both registered and unregistered religious communities, including Protestants, Catholics, Buddhists and Muslims. We call on the Chinese authorities to protect the right to freedom of religion or belief for people of all faiths in China, in all parts of the country, and to release those detained in connection with their peaceful religious practice.”

Officials say the changes are aimed at the centralisation of leadership and will help to consolidate the Party’s direction on religious affairs. However, analysts suggest that these changes indicate that the Party sees the control of religious affairs as essential to maintaining and expanding its power, and could give rise to a situation in which the Party leadership may bypass laws and regulations.

The merger of SARA with the United Front is part of tightening control of religion or belief activities and communities under President Xi Jinping. On 1 February 2018, revised Regulations on Religious Affairs came into effect, which included further restrictions on religious practice, including online religious expression, and contained special provisions on national security and foreign connections. The Regulations continue to make registration with the government mandatory: communities which do not register, such as unregistered ‘house churches’, have been pressurized to register through harassment, eviction, intimidation and the detention of leaders.

Even before the regulations came into effect, churches and other religious communities reported an increase in violations of the right to freedom of religion or belief, including the demolition of religious buildings, and the harassment and detention of religious believers accused of belonging to ‘evil cults’.