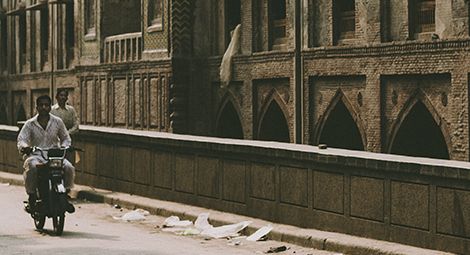 An Ahmadi mosque in Ghaseet Pura, Faisalabad was attacked by a mob on 23 August 2018, injuring five Ahmadis.

The incident occurred after a minor personal dispute between some Ahmadis and Sunni Muslims escalated into a heated argument. Sources informed CSW that extremist clerics incited anti-Ahmadi sentiments and gathered a mob of 300 to 400 people, some of whom were armed, to attack the mosque. Following an exchange of gunfire, five Ahmadis were injured. The mosque was then set on fire and the main prayer hall along with a nearby Ahmadi home were damaged.

This is the second attack on an Ahmadi mosque this year. On 23 May, the Baitul Mubarak mosque and an historic building in Sialkot, Punjab, were destroyed despite the presence of police and municipal authorities. A mob of around 600 people vandalised the minarets, dome, doors and other parts of the mosque, and demolished a building where Hazrat Mirza Ghulam, the founder of the Ahmadiyya Muslim Community lived.

The Ahmadiyya community has faced widespread discrimination since they were declared as non-Muslims by an amendment to the constitution in 1974. In 1984, the anti-Ahmadi laws or Ordinance XX (20) referred specifically to Ahmadis in sections 298b and 298c of the Pakistan Penal Code (PPC), making it a criminal offence for Ahmadis to call themselves Muslims or call their place of worship a ‘mosque or ‘masjid’.

CSW’s South Asia Team Leader Steven Selvaraj said: “We are deeply concerned by the destruction of the Ahmadi mosque at Faisalabad, a compelling demonstration of the ongoing intolerance and violence faced by the Ahmadiyya community. We urge the new government in Pakistan, under the leadership of Prime Minister Imran Khan, to condemn this latest attack and to protect the right to freedom of religion or belief for the Ahmadiyya community.”