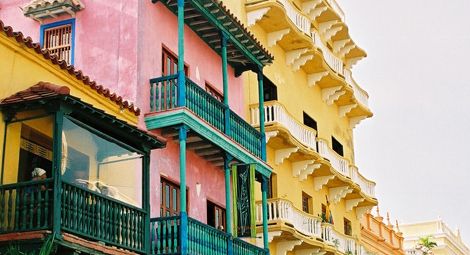 CSW’s new report on Colombia concludes that “there is no question that violations of human rights, including attacks on the civilian population and severe restrictions on religious freedom, continue or have grown worse in many parts of the country,” despite the 2016 peace agreement.

The report details a wide range of violations of freedom of religion or belief (FoRB) and freedom of conscience, the majority of which take place in the context of a wider armed conflict and criminal violence in the country. Violations documented include prohibition of or severe restrictions on religious activity, and threats, extortion, assassination and forced displacement of church leaders. This includes the murder of a 55 year old pastor by an illegal armed group in Antioquia.

The ongoing violations have been observed despite a peace agreement between the government and the Revolutionary Armed Forces of Colombia (FARC) approved by the Colombian Congress in November 2016. The leftist guerrilla group, the National Liberation Army (ELN), right-wing neo-paramilitary groups and criminal bands are all responsible for the FoRB violations.

The report details concerns over some unilateral changes being made to the peace agreement by the government, which local civil society leaders fear could lead to some ex-members of the FARC-EP taking up arms once again if they believe that the government is not fulfilling its side of the agreement.

Mervyn Thomas, CSW’s Chief Executive, said: “The fact that human rights violations, including FoRB violations, have continued and even worsened in some parts of Colombia despite the signing of the peace agreement two years ago is of grave concern, and indicates the need for the agreement to be fully implemented as soon as possible. We call on the Colombian government to take steps to ensure that FoRB is protected for all Colombians and that those responsible for threats against and attacks on church leaders are held to account for their actions.”

The report also details violations of FoRB that are not related to the conflict. In some indigenous communities, individuals who convert to Christianity are sometimes forcibly displaced from indigenous lands or excluded from receiving certain benefits by traditional authorities.

Mr Thomas added: “Indigenous Christians in Colombia continue to see their fundamental right to freedom of religion or belief, which includes the right to change one’s beliefs, violated, despite protections for FoRB in Colombia’s constitution and the Inter American Human Rights Convention. The Colombian government must improve its efforts to protect this fundamental human right for all of its citizens.”