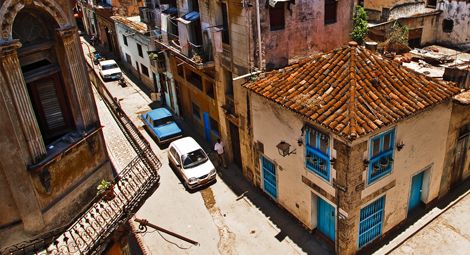 This call echoes statements from the United States Commission on International Religious Freedom (USCIRF) and 30 individuals, religious groups and non-governmental organisations outside the country, as well as the Cuban Catholic Bishops Conference and the leaders of the largest Protestant denominations on the island.

The report details FoRB violations over the past year including the use of government informants to infiltrate and report on the activities of religious groups and the often violent campaign to stop members of independent civil society organisations from participating in religious activities.

Of particular concern is increased harassment of and threats against individual religious leaders, their families and their churches which many believe to be linked to their involvement in calling for stronger FoRB protections in the new constitution. Two churches from registered denominations in Santiago and Havana are currently under threat of demolition. Yesterday, government officials fined the owner of the property on which the Familia Cristiana Baptist Church, one of the two churches threatened with demolition, is located. The pastor, Reverend Arcadis Rafael Solano Silvera reports repeated threats from government and Communist Party officials against him and his church.

The constitution is currently under public consultation and is due to be put to a vote in February 2019. The current draft significantly reduces protections for FoRB, notably removing references to freedom of conscience. FoRB violations have steadily increased over the past decade with spikes in 2015 and 2016 as a result of widespread church demolitions, detentions of activists, and a declaration of over 1,000 churches as illegal.

In a statement issued this week, USCIRF Vice Chair Kristina Arriaga said: “The integrity of this historic process is in serious question if religious leaders are being ignored, then pressured to publicly support a new constitution that fails to protect their rights… We urge the Cuban government to immediately cease all intimidation tactics and to fully consider the proposals put forth by religious organizations to ensure freedom of religion and conscience for Cubans of all faiths or none.”

Mervyn Thomas, CSW’s Chief Executive, said: “The situation of for all religious groups in Cuba remains highly concerning. The fact that the currently proposed changes to the Cuban constitution are set to reduce protections for religious freedom is unacceptable. CSW calls on the international community to push Cuba to ensure that its new constitution, including provisions on thought, conscience and religion, is fully in line with the Universal Declaration of Human Rights.”