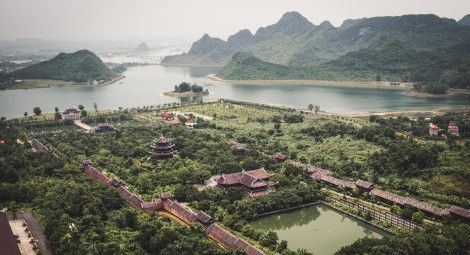 CSW is concerned for the safety and wellbeing of activists Nguyen Bac Truyen and Nguyen Van Hoa, who are both serving sentences relating to their peaceful defence of human rights in Vietnam.

Legal expert Nguyen Bac Truyen, who is serving an 11 year prison sentence, is said to be extremely frail and rapidly losing weight. He also has abdominal pain due to pre-existing conditions which began during a previous prison term that was also imposed as a result of his activism. Truyen, a Hoa Hao Buddhist, is a legal expert who has provided pro bono legal assistance to families of political prisoners, victims of land grabs, and persecuted religious communities.

Furthermore, Nguyen Bac Truyen and three other prisoners of conscience have gone on hunger strike to protest the grievous ill-treatment of a fellow prisoner, Nguyen Van Hoa.

Hoa is a young Catholic activist from Ha Tinh province, one of the areas that was affected by the Formosa Company steel plant disaster in April 2016 which left many families with no means of livelihood. Following the disaster, Hoa helped members of the fishing community to seek compensation and filmed peaceful protests about the disaster. He was sentenced to seven years in prison in a closed trial in November 2017.

Hoa’s former cellmate recently reported that Hoa had sustained bruises and abrasions, and been choked by a prison guard. He has also been beaten on previous occasions and held in solitary confinement with his feet shackled.

Nguyen Bac Truyen and other prisoners have petitioned for prison officials to stop the abuses against Hoa and release him from solitary confinement. CSW has previously called attention to concerns around torture in Vietnam at the UN.

CSW’s Chief Executive Mervyn Thomas said: “We are deeply alarmed by reports of grave violations against prisoners of conscience in Vietnam, including beatings and torture, and the denial of access to adequate medical care. As a party to the UN Convention against Torture, Vietnam has an obligation to protect prisoners from torture and ill-treatment. Furthermore, we believe that Nguyen Bac Truyen and Nguyen Van Hoa were both imprisoned as a result of their peaceful defence of the rights of others, including religious communities and some of the most vulnerable in Vietnam’s society. We call on the government to release immediately and unconditionally all prisoners of conscience in Vietnam, and to ensure that no-one is subject to torture and other human rights violations in any form of detention.”