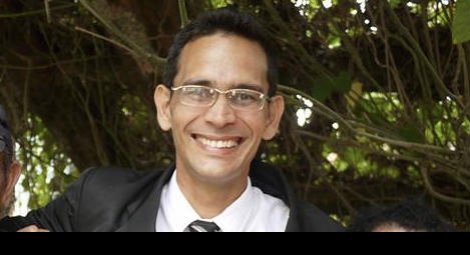 Ricardo Fernandez Izaguirre, a Cuban religious freedom defender, was released from prison on Friday 19 July after spending four out of seven days in incommunicado detention in Havana.

Mr Fernandez Izaguirre was arbitrarily detained by state security agents at noon on 12 July after leaving the headquarters of the Ladies in White in Havana where he had been documenting violations of freedom of religion or belief (FoRB).

Upon his release, Mr Fernandez Izaguirre told CSW: “[The experience] has given me the opportunity to know a reality that I had no idea about … Many times I had to stand between the prisoners and police as the guards would often beat the prisoners and I refused to let his happen … Many of [the prisoners] were there due to unjust circumstances and because of arbitrary laws.”

Ricardo Fernandez Izaguirre, who is married with an infant daughter, is a member of the Apostolic Movement, an independent network of charismatic protestant churches which the government has refused to register. He has documented violations of FoRB against his denomination as well those affecting other groups. His detention took place against a backdrop of increasing violations of FoRB in Cuba.

Mr Fernandez Izaguirre described the circumstances under which he was detained: "[On Friday 12 July], they kept me handcuffed all day in a locked patrol car, suffering in the heat as a form of punishment – the handcuffs were really tight. That evening, they took me to a prison, gave me prison clothes and took away all of my belongings and put me in a cell. I was with 14 other prisoners; nearly all of them had light sentences.” He spent four days on hunger strike in protest of his arbitrary detention.

Ricardo went on to describe the conditions where he was held: "The conditions in the prison were unjust – the prisons are barracks with low ceilings so the prisoners suffer in the heat, which is suffocating. The guards are cruel… [On Friday 19 July], they moved me to Camaguey as a prisoner in handcuffs. This was really humiliating as since there was no charge, I had no reason to be handcuffed in public.… In Camaguey, they [the authorities] were meant to release me immediately, but they wanted to force me not to do any more work on defending rights so they left me in prison for two more days.  I was freed without any explanation –just as they had arrested me.”

CSW’s Chief Executive Mervyn Thomas said: “While we welcome the release of Ricardo Fernandez Izaguirre, we maintain that he should never have been detained. His detention is the latest indicator of a crackdown on dissident voices inside Cuba that has been taking place for decades. CSW calls on the Cuban authorities to allow Mr Fernandez Izaguirre and his family to enjoy his freedom without further harassment, and to release all those detained in connection with their religion, belief, or the defence of human rights immediately and without condition.”