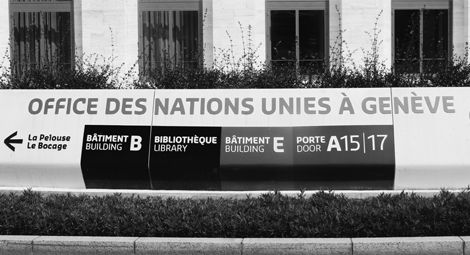 CSW and Human Rights Concern Eritrea have written to member states of the Human Rights Council (HRC) calling on them to support a resolution tabled by Austria Australia, Belgium, France, Germany and The Netherlands which renews the mandate of the Special Rapporteur on the situation of human rights in Eritrea, and which will be decided on this week.

Responding to calls issued during an informal consultation on the draft resolution at the HRC on 4 July for the mandate to be terminated in order to advance peace in the Horn of  Africa, the letter stresses “the Special Rapporteur’s mandate was not established in response to the political situation in the Horn of Africa, but to address the egregious human rights violations committed by the Eritrean government against Eritrean civilians.”

Elsa Chyrum, Director of Human Rights Concern Eritrea said: “We are urging members of the Human Rights Council to support the resolution tabled by the core group.  The mandate of the special rapporteur was instituted to address the suffering of the Eritrean people, which continues unabated, despite peace initiatives in the region. The international community must not abandon them at this critical juncture.”

The letter highlights several recent human rights violations as indicators of the need for continued monitoring. These include the death of a detained 32 year old Muslim man who had been subjected to torture; the arrests of five Orthodox monks and at least 171 Evangelical Christians; the closure of 21 Catholic health centres, and the forced eviction of Catholic Nuns and their belongings from medical centres in remote areas where they both lived and worked.

The letter also addresses allegations that the special rapporteur’s mandate is “politicised” because it is a country mandate.  It points out that “many who express this view most vociferously seek to end the mandate in order to advance a political objective that will in no way assist in realising human rights for the Eritrean people.”  The letter also clarifies that the mandate emerged due to the efforts of the late Somali Ambassador to the HRC, Yusuf Mohamed Ismail ‘Bari-Bari,’ who was assassinated in 2015.  A committed human rights advocate, he who not only “modelled positive engagement with a country mandate in the case of his own nation,” but also championed the cause of Eritrean victims and persons with Albinism.

In its June 2016 report, the United Nations Commission of Inquiry on human rights in Eritrea (COIE) found “reasonable grounds to believe” that crimes against humanity have been committed by state officials in a “widespread and systematic manner” since 1991.

CSW’s co-Head of Advocacy and Africa and Middle East Team Leader Khataza Gondwe said: “Recent developments in Eritrea illustrate the need for continued monitoring of the human rights situation. The same government which a Council mandated special mechanism deemed responsible for crimes against humanity is still committing violations today, and there is a clear need for accountability and justice. It is imperative that the Human Rights Council renews the Special Rapporteur’s mandate this week. A failure to do so out of political expediency would damage the reputation of the world’s premier human rights body irreparably.”