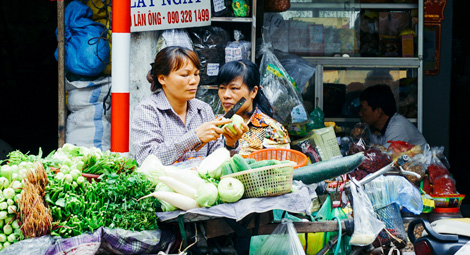 CSW welcomes the decision by Commissioner James Carr of the United States Commission for International Religious Freedom (USCIRF) to adopt Vietnamese Pastor A Dao as part of the Commission’s Religious Prisoners of Conscience Project.

USCIRF’s Religious Prisoners of Conscience Project highlights individuals who have been imprisoned, detained, disappeared or placed under house arrest on account of their religion or belief. As part of the project, USCIRF Commissioners commit to consistent advocacy on behalf of those adopted under the scheme.

Pastor A Dao was arrested in 2016 while on his way to visit some members of his church following his return from the Southeast Asia Freedom of Religion or Belief (SEAFORB II) Conference in East Timor in August 2016. His family were not informed of his arrest and heard nothing from him for five days. In April 2017, Pastor A Dao was sentenced to five years in prison for ‘illegally taking people to Thailand’, a charge he denies; he has remained imprisoned ever since. Pastor A Dao’s church has experienced ongoing harassment from the authorities.

In a press release, USCIRF Commissioner James Carr, who also adopted Deacon Zhang Wen Shi from North Korea under the project, said: “Nobody should be arrested simply because they led an unregistered house of worship or attended an international conference. USCIRF urges the government of Vietnam to release Pastor A Dao early as an act of compassion.”

There are continued reports of severe violations of freedom of religion or belief (FoRB) against every major religious community in Vietnam, including Buddhists, Catholics, Cao Daists, Hoa Hao Buddhists and Protestants. Violations range from harassment, intimidation and intrusive monitoring, to arrest, imprisonment, torture and extra-judicial killing, and are often most severe for individuals in remote areas who are both ethnic and religious minorities.

CSW’s Chief Executive Mervyn Thomas said: “We welcome the decision by USCIRF to adopt Pastor A Dao and Deacon Zhang Wen Shi as religious prisoners of conscience. CSW has been working on Pastor A Dao’s case for several years, and we look forward to assisting USCIRF wherever possible to call on the Vietnamese authorities for his unconditional release.”