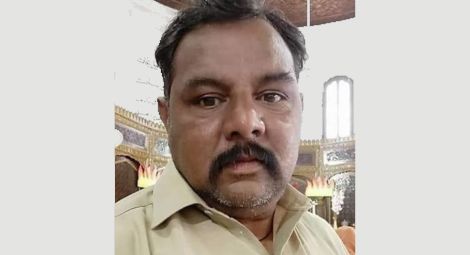 Christian homeowner dies after being shot by his neighbour

A Pakistani Christian homeowner has died from his injuries after being shot several times by his neighbour. Nadeem Joseph and his mother-in-law Elizabeth Masih were shot several times on 4 June in their new home, just days after the family moved into TV Colony, Peshawar. Mr Joseph succumbed to his injuries on 29 June despite undergoing surgery five times.

The attackers have been identified as Salman Khan and his sons, who live opposite the Christian family. According to a local source, Mr Khan became unhappy when he found out that the Christian family had moved in to the neighbourhood and began a campaign of daily harassment and threats against the family. Mr Khan repeatedly demanded that Mr Joseph and his family vacate the neighbourhood, telling Mr Joseph that Christians cannot live in the area as it is a Muslim neighbourhood, and threatening to kill them on a daily basis.

Several members of the Mr Khan’s family who were involved in the shooting have been arrested, while Mr Khan has gone into hiding as investigations continue. Mr Joseph leaves behind a wife and two sons.

Pakistan’s Christian minority face endemic discrimination in all aspects of life, including in the employment and education sectors. They are regularly targeted with sectarian hate speech, and attacks on the community continue to occur in a climate of impunity and inadequate government intervention.

Michelle Chaudhry, President of The Cecil & Iris Chaudhry Foundation (CICF) said: “We strongly condemn this horrific act of violence. Nadeem Joseph was murdered because of his faith. This is not a standalone case, religious minorities in Pakistan face such atrocities on a regular basis. Unfortunately, the bigoted mindset, nurtured over decades is very deeply rooted in our society. This killing is a blatant violation of a right to be human as purchasing a piece of property in any part of the country is every Pakistani’s right. The government of Pakistan must ensure safety and protection of all Pakistanis regardless of faith, caste or gender as enshrined in our Constitution. Incidents such as these sends waves of insecurity, which leaves communities feeling extremely vulnerable. Furthermore, accountability and implementation of laws is pivotal in order to curb such incidents from occurring in the future.”

CSW’s Chief Executive Mervyn Thomas said: “CSW extends its deepest prayers and condolences to the family and loved ones of Mr Joseph. This sad incident illustrates just how vulnerable religious minorities are in Pakistan. Every Pakistani should be able to live safely and securely without fear of his or her neighbour. The level of hate and intolerance against religious minorities that has been allowed to fester and take root in Pakistani society is so severe that any one could be subject to an attack because of their faith at any time. We urge the government of Pakistan to take lasting measures to reverse this endemic hatred and intolerance, and to ensure that Mr Khan and all those involved in the killing of Mr Joseph are brought to justice.”