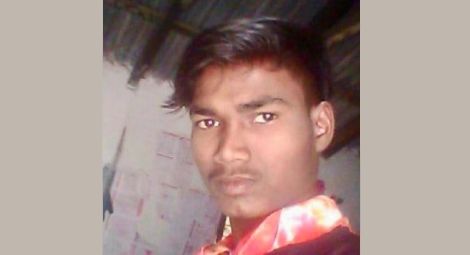 The Odisha Police Chief in South Western Range, Koraput, India claims that Samaru Madkami, the 14-year-old Christian who was murdered on 4 June in the village of Kenduguda, Malkangiri District, Odisha, was not killed because he had converted to Christianity.

The comment was made in response to a petition filed by Bishop Dr P.R. Parichha, President (Odisha Chapter) of the All India Christian Council, who had requested  a police enquiry into the death of Mr Madkami.

According to the police, the accused persons carried out their attack as they suspected that Unga Madkami, the victim’s father, was a sorcerer who had killed 16 villagers. As a revenge, the accused persons sought to kill him, but the attack ended in the death of Samaru Madkami. Six men have been arrested in relation to the murder and are currently in prison awaiting a hearing date from the court.

Bishop P.R. Parichha told CSW: “While the Deputy Inspector General of Police has acknowledged in his response letter that Samaru was brutally murdered, I am disappointed with their opinion that the death of the minor was a result of vengeance for sorcery. The Madkami family do not practice such things. His father is a pastor. Why weren’t the cases of the 16 people who died ever reported to the police or the matter  investigated sooner? What proof is there? There are so many gaps in the claim by the accused persons. It is unfounded, biased and misleading. The police should not deviate from the root cause of the murder of Samaru. We demand justice for Samaru and his father who lost his son because of his faith.”

This week also marks the 12th anniversary of the violent attacks against Christians in Kandhamal District, Odisha. The Kandhamal violence was not an isolated incident, but had a long genesis as Christians in the area were harassed and intimidated for years and local authorities failed to heed the warning signs of growing religious intolerance that eventually led to the massacre.

CSW’s Chief Executive Mervyn Thomas said: “We express our condolences to Samaru’s family and the wider Christian community, who have been dealt a shocking blow as a result of his murder. Intolerance and prejudice against Christians in the area is well noted. It is imperative that the law enforcement agencies consider all the circumstances leading up to his brutal murder and commit to a thorough, impartial investigation. Justice in his case is imperative for Christians in the village to feel assured that their interests are protected.”