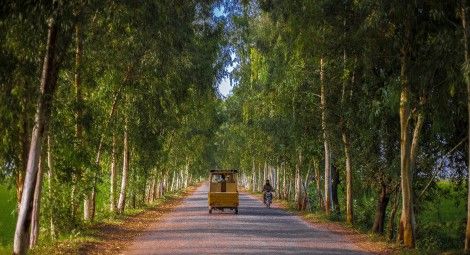 A Christian man accused of sending a blasphemous text message on 25 September 2013 has been sentenced to death in a ruling by the Additional Sessions Court in Lahore on 8 September. Asif Pervaiz, a father of four, has been in prison since 10 October 2013 awaiting his sentence.

The complainant, Saeed Ahmed Khokhar, Mr Pervaiz’s former supervisor in a garment factory, alleged that the accused had sent several blasphemous text messages to his phone. The charge levelled against Mr Pervaiz falls under sections 295-A, 295-B and 295-C of the Pakistan Penal code, which criminalises blasphemy and carries the death penalty. In his defense, Mr Pervaiz claims that he has been falsely accused after refusing Mr Khokhar’s constant pressure to convert to Islam.

Mr Pervaiz is represented by Saif-ul Malook, who was also legal counsel for Asia Bibi, a Christian woman who faced several years on death row for blasphemy before leaving the country. Mr Malook told CSW: “The evidence on record was clearly not enough to sentence Asif Pervaiz to death. As usual, trial judges have so far never acquitted anyone accused of blasphemy. I hope he will be freed by the High Court where we have filed an appeal. Sadly, Asif will continue to be incarcerated until his appeal is heard. From my experience in the Asia Bibi case, judges in appeal courts hesitate to hear and decide blasphemy cases. Cases involving murder are usually decided within three years, but blasphemy charges can take up to over seven years, just like the couple, Shagufta and Shafqat, who have been charged with blasphemy and whose case file has been roaming from one bench to another for hearing.”

The highly controversial blasphemy law has been criticised for its poor legal definitions, low standards of proof, and for being a source of mob violence. It has been indiscriminately used to settle personal scores against both Muslims and non-Muslims or to resolve disputes over money, property or business, under the guise of insults to religion. According to the National Commission for Justice and Peace (NCJP), a total of 777 Muslims, 506 Ahmadis, 232 Christians, 32 Hindus and 13 of unknown religions have been accused under various provisions of the blasphemy laws from 1987-2020.

CSW’s Founder President Mervyn Thomas said: “We are very concerned by the trial court’s decision to sentence Mr Pervaiz to death. Pakistan’s harsh blasphemy laws have proven to be a source of suffering for many, and are regularly abused. Mr Pervaiz now has to endure further, indefinite imprisonment, given the nature of blasphemy charges and the social interests surrounding it. We urge the authorities to allow Mr Pervaiz to appeal his case for reconsideration and ensure that all evidence is carefully considered.”